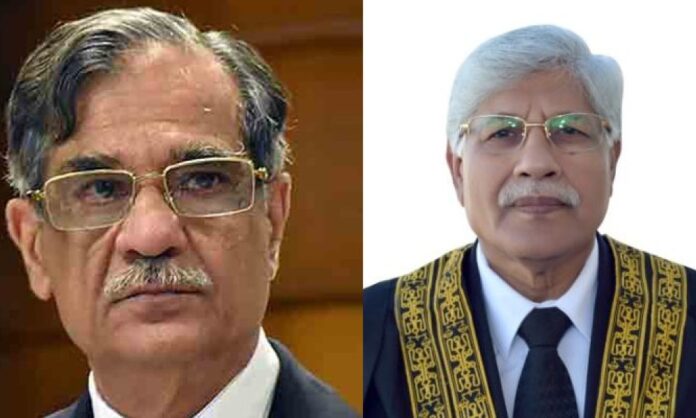 ISLAMABAD: Islamabad High Court (IHC) on Tuesday gave the last chance to former Gilgit-Baltistan (GB) chief judge Rana Muhammad Shamim to submit the original affidavit he authored and signed in London by December 13 in a contempt of court case against him.

At the outset of the hearing, Justice Minallah asked Shamim why he has not submitted his response yet?

“My counsel is on the way [to court], he will submit the response,” responded Shamim. He, however, failed to submit the original affidavit during the hearing.

Justice Minallah asked the counsel of Shamim that his client has raised allegations over the court after three years. “Why he is reluctant to submit the original affidavit now,” asked the judge.

Justice Minallah remarked for the trial to proceed, it is absolutely necessary to submit the original affidavit. What is keeping him [Shamim] from submitting the document in the court, asked the judge.

The court then directed Shamim to submit the affidavit until December 13, warning of indictment in the case if he failed to do so.

Later, the hearing was adjourned until Monday.