A Girl in the River: Price of Forgiveness

Change can only take place from within 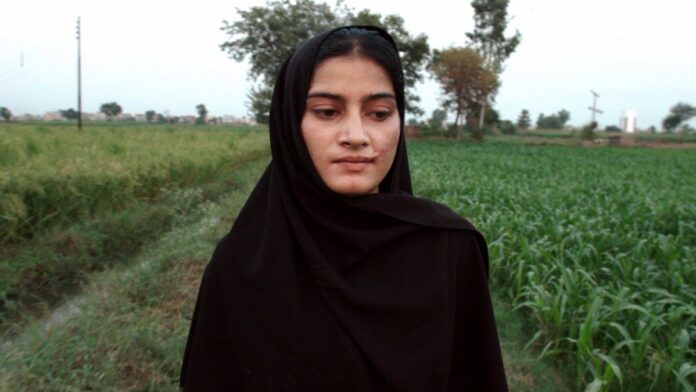 In patriarchal cultures, women’s lives are structured through a strict maintenance of an honour code. No denying the fact that the women, particularly in Pakistan, are vulnerable to arbitral cultural values and traditional mindset. A documentary film A Girl in the River, directed by Sharmeen Obaid Chinoy, about honour killings in Pakistan released in 2015, was well received by critics and earned widespread critical acclaim.

Unfortunately, the violence against women is often characterized as a symbol of masculine dominance. The cultural changes integrated with enlightened religious interpretations, defining status of women as incompatible with the customary laws, are now being professed with thrust and mobilized awareness of perverted traditional outlook to inflict terrible physical and mental torture.

Unluckily, the criminal jurisprudence of our country has developed on the popular maxim leaning in favour of the accused such as “Accused is the favorite and pampered child of law”. We have frequently heard that every important public figure of the executive and the judiciary often visits jails of our country to inquire about the welfare of detained prisoners. But we have never heard that any important figure of the executive and the court are ever concerned about the plight or well-being of the victims of such condemnable remorseless acts.

In this regard, a report of the United Nation unveils that the customary laws, rather than national or international laws, had contributed to the statistical increase in the number of honour killings across the Asian region. To quote a ferocious incident of Saima Sarwar who was shot dead by her own parents in ther Attorney’s office of a well-known human rights activists Asma Jahengir and Hina Jillani in April 1999, for seeking divorce on account of abusive behaviour of her husband, is a manifestation of the wrath unfolding out of our cultural matrix. Similarly, the brutish incident of Mukhtaran Mai, ruthless killing of five women by tribesman in Balochistan on 14 July 2008, the incident of Farzana Iqbal; a pregnant woman stoned to death by her family in 2014, and many more, speaks volumes of our despicable and sluggish attitude towards such a cause. How many lives would it take, before it’s too late? How much would it take to jolt ourselves, the State (so-called Riyaasat-e-Madina), the investigation agencies and our prosecution wing to treat such cases with genuine transparency and sincerity of purpose as an imminent challenge for structural reforms to reduce the sense of insecurity and risk of such violence against them. How many…? However, there is no cavil to the premise that unless there is an egalitarian State which empowers women, honour killings would continue to prevail.

This can be an auspicious time for careful review, for the adoption and implementation of updated codes of judicial conduct, and for training judges according to norms that are clearly stated. The presence of new faces, with new voices, is often the most compelling spur to look at things afresh and make changes long overdue. Only with the realization that this is an endemic cultural problem, prevalent in virtually all groups within Pakistani society (and other Western societies), can we truly address the serious problems of violence against women and femicide

In juxtaposition, it is also the cardinal duty of the honorable Courts of Islamic Republic of Pakistan, pertinently the trial courts, to ensure proper scrutiny of the incriminating evidence in such cases, in order to ensure that no culprit of such barbaric acts goes scot-free. Unfortunately, mostly the investigation agencies tend to collude with the culprits in consideration of bribes or political pressures.

In view of the foregoing, it is the paramount responsibility of the welfare State to take appropriate measures to do away with such a violation of basic human rights. Otherwise, like it has always been, the justice system will continue to discriminate against women and their compromising position as a result of the State failure to protect their right to life guaranteed under the Constitution of Islamic Republic of Pakistan. Primarily, the room for systematic honour killings becomes available on account of rampant beliefs in public that they can get away with their nefarious actions because of an absence of an effective implementing mechanism of law. The religion of Islam has given human rights to women and depriving her life was regarded as a major sin of highest degree.

It is patriarchal ideology which makes us feminine and masculine, which assigns different role, rights and responsibilities to women and men. But those so-called ‘masculine’ and ‘feminine’ qualities are human qualities and not specific either to men or women. Article 25 of the Constitution also guarantees equal protection of law and states that there shall be no discrimination on the basis of sex. The time has come to bring a radical change in the dominant ideology of patriarchy.

To bring equality, it is essential to establish equal rights between men and women in all respects of life. The mother of Supreme Court Justice’s Ruth Bader Ginsburg, fought tirelessly for gender equality throughout her legal and political career spanning over six decades. Ginsburg instilled a strong work ethic in her daughter, encouraging her to strive for independence in patriarchal society.

“My mother told me two things constantly. One was to be a lady, and the other was to be Independent,” Ginsburg Once said.

Changing the long-established demographics of a court can make the institution more amenable to consider itself in a new light, and potentially lead to further modernization and reform. As a court’s composition becomes more diverse, its customary practices become less entrenched; consequently, the old methods, often based on unstated codes of behaviour, or simply inertia, are no longer adequate.

This can be an auspicious time for careful review, for the adoption and implementation of updated codes of judicial conduct, and for training judges according to norms that are clearly stated. The presence of new faces, with new voices, is often the most compelling spur to look at things afresh and make changes long overdue. Only with the realization that this is an endemic cultural problem, prevalent in virtually all groups within Pakistani society (and other Western societies), can we truly address the serious problems of violence against women and femicide.