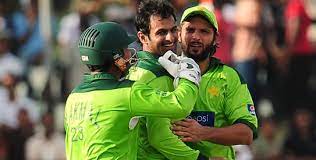 ISLAMABAD: According to an updated list of local players’ categories for season seven of the HBL Pakistan Super League (PSL-7), wicketkeeper-batter Kamran Akmal, who represents Peshawar Zalmi, has been demoted to the Gold category from Platinum.

The PCB announced HBL PSL 7’s schedule on Friday, draft details and renewed local players’ categories. The 39-year-old has urged the Pakistan Cricket Board (PCB) management to reconsider his placement as he is the second-highest run-scorer of PSL. Only Karachi Kings’ Babar Azam is ahead of him.

But Kamran Akmal is not the only victim of the PCB decision. Few others who have also been demoted to the Diamond category from Platinum include Shahid Afridi, Shoaib Malik, Mohammad Hafeez, Sohail Tanvir and Mohammad Amir.

Multan Sultans’ Sohaib Maqsood, who was Player of HBL PSL 6, and Haider Ali of Peshawar Zalmi have moved up from Silver and Gold Categories to Diamond Category, respectively.