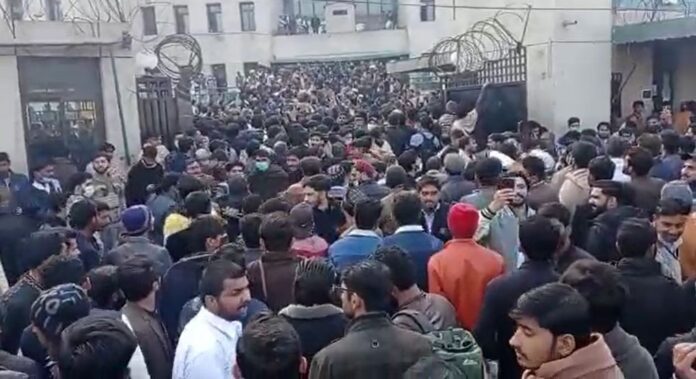 Hundreds of job-seekers staged a protest against a fake job advertisement on social media regarding jobs in Bahrain police and blocked Rawal Road in Rawalpindi on Tuesday, according to a news outlet.

The job-seekers had arrived at a semi-government office to apply for the jobs, but they started the protest initially near the reception area of the building after the advertisement turned out to be fake.

The protesters also blocked the Rawal Road and adjoining areas before the the Rawalpindi police arrived and resorted to aerial firing to disperse them.