At this critical juncture, there is a need to divorce the culture of crime and corruption 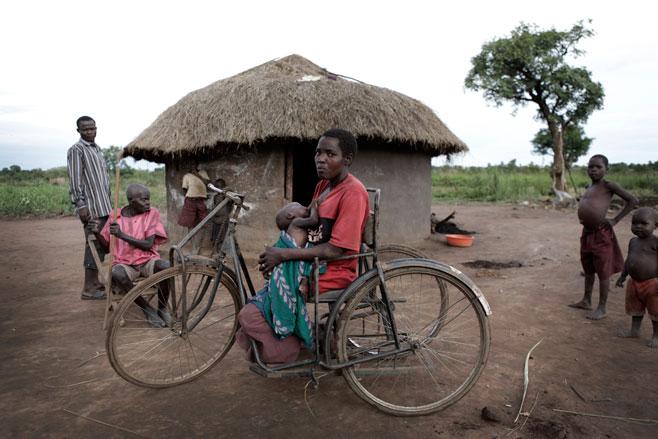 One is constantly witnessing incidents happening around us which are difficult to rationalise. It is impossible to drift along the surge because one understands that the ultimate destination of such a trajectory would be doom.

For a long time now, more so in the last three to four decades, we have been confronted with the growing challenge of making out right from wrong and vice versa. Strangely, the society never woke up to the reality that so much was rotten in its midst which needed to be cleansed. We rolled along whatever came our way and never tried to weigh this against parameters of what is worthy of human pursuit and what is not. We took everything in the stride and never thought that it was our responsibility as citizens of the country, and as members of the larger community of people, to undertake only what was permitted within the ambit of law and morality. If at all, we left this job to others without realising that they, too, were consigned to a state of deep slumber. So, everything that brought benefits was kosher.

We stand at such a juncture in history. There is an urgent need to correct our path and divorce this malaise that Pakistan has contracted through the evil machinations of its corrupt mafias headed by the Sharif and Bhutto/Zardari dynasties, with others not far behind in chipping in with their equally wicked contributions. They must all be ostracised

While every section of the society is guilty of grave dereliction, there are some who have played a much bigger role in cultivating this reprehensible moral decay. Beyond the influence of one’s parents and teachers, it is a degrading political culture which has dented the moral fibre of a whole society. No matter how one would look, it is a demeaning influence which has continued to degenerate further with the passage of time. Even more gruesome is the fact that virtually no one is sensitive to arresting this seemingly perpetual decay which has set in.

This has not happened in a few days or a few months. This process has been spread over years. Just when one thinks that we have hit the bottom, further space is created to continue the fall to unimaginable depths. And the process moves on unabated because there is no one realising the impact it has had on us and that it would have on our future generations. We are in a nosedive – and quite a few seem to be enjoying it because they are the beneficiaries of this decaying culture. Having made substantial contribution to nurturing the process, they seem to cherish reaping its lucrative dividends.

Instead of being a means of rendering public service, politics in this country has been a vehicle of accumulating the illicit. While different kinds of people made a sordid contribution to allow this to happen, there is one family that stands out in institutionalising corruption in the political arena: the house of the Sharifs

Hailing from a business background, using money for securing lucrative contracts and evasion of taxes and duties was a daily routine. That is why they did not feel any difficulty in introducing this scourge to buy the loyalties of people in the political domain. They first used the booty to make their entry in the arena of politics and then used more of it to elongate their stay there. No wonder they have been around for the last 40 years and believe that their progeny shall use the same methods to continue flourishing in the annals of notoriety. So consummate and so elaborate has been their use of pelf for securing political power that no one comes even close in mastering the art. From the grandfather to the fathers to the sons, daughters and grandchildren, they are all an entity unto themselves, difficult to match or replicate. Their stink is pungent and it is spread far and wide.

The Bhutto/Zardari clan also trod a similar path to advance their political fortunes. While the role Zulfiqar Ali Bhutto played in the dismemberment of the country is indisputable, he was not generally accused of financial corruption. With the induction of Asif Ali Zardari by virtue of his marriage with Benazir, it all changed very quickly. From selling his father’s cinema tickets in the black, he tried to do the same to the country with Benazir being a most willing partner in the crime. The couple’s conviction by the Swiss court is no secret. It was detestable to see the then Pakistani high commissioner in the UK carting the documents containing proofs of their complicity beyond harm’s way. When the Supreme Court took up the case, the then Prime Minister Yusuf Raza Gillani refused to write a letter to the Swiss authorities to reopen the corruption case against his mentors. This led to his disqualification and consequent removal from the office as the chief executive of the country. The scourge, by all indications, has been effectively passed on to the next Bhutto/Zardari generation who continue to elevate the indulgence to ever newer heights, all at the expense of the state exchequer.

With these two families in the lead, the others did not remain far behind. There were those who mastered various facets and forms of corruption while there were others for whom violence became a powerful vehicle for securing political relevance. So, politics as service to people was rendered subservient to it becoming a means for minting billions, part of which was reinvested to gain influence hoping that the criminal cycle would never end.

They could not do so alone. They had partners in this expanding business of corruption and crime, the merchants of the written and spoken word being the most important source of legitimising their illicitly secured resources. This was not confined to a few of them alone. Virtually the entire media industry was bought over through financial dole-outs valued at billions. Every little project that was inaugurated carried lucrative budgets for lavish distribution among the media houses. This is in addition to free rides to foreign lands as part of the official entourages and lavish spending on purchasing gifts for their entire families. It is no wonder why all of them want to see the back of Imran Khan, who brought an end to this heinous practice immediately after assumption of office as Prime Minister.

Maryam’s acknowledgement of the tape that caught her instructing people not to release any advertisements to a few channels because they were not parroting her party’s viewpoint is proof of their fascist tactics and the use of money for buying over the media. Najam Sethi’s incitement to violence in a television programme to remove Imran Khan from power reflects the limit of desperation that has crept into their echelons. He, along with the channel that he used to put forth his diatribe, will have to answer the charges which will be levelled. This abominable state of desperation is likely to deteriorate further as more setbacks come their way in the future.

So, instead of carrying forth the foundational principles and values of the country as set forth by the Quaid in his maiden address to the first constituent assembly, these corrupt political dynasties have made it plunge to immeasurable depths of degeneration. It is difficult to imagine that people would be able to divorce this culture anytime soon as it has penetrated their psyches. When they see their rulers making easy and abundant pelf, they, too, believe they are within their right to take recourse to such practices themselves. The culture of duty to the state has been replaced with espousal of corrupt and criminal practices for filling up their coffers, not worried about the legitimacy or otherwise of the sources which are used for indulging in this nefarious practice.

This is where we are perched at this critical juncture in the country’s existence. The right is right and the wrong is also right. It is in such situations that the very best of people is required in terms of helping Pakistan face increasing challenges which are predominantly the product of the very same culture that people have adopted. Instead of banishing corrupt practitioners, if a nation adopts them, it is a sign of grave danger. If people cannot distinguish between what is right and what is not, it loses the right to exist as a self-respecting nation. The slide would inevitably continue and, in time, it endangers the survival of the state itself.

We stand at such a juncture in history. There is an urgent need to correct our path and divorce this malaise that Pakistan has contracted through the evil machinations of its corrupt mafias headed by the Sharif and Bhutto/Zardari dynasties, with others not far behind in chipping in with their equally wicked contributions. They must all be ostracised.