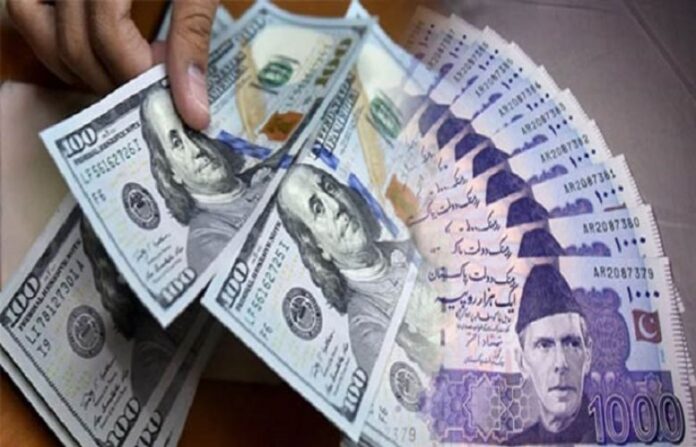 KARACHI: Pakistani rupee failed to continue its winning streak against the US dollar on Wednesday, with the greenback crossing Rs175 mark yet once again.

According to the State Bank of Pakistan, the Pakistani rupee shed 74 paisas (-o.42 percent) against the US dollar in the inter-bank market, as the greenback opened at Rs174.30 and closed at Rs175.04. Within the open-market, the rupee was traded at 175.5/177 per dollar.

Overall, the local currency gained 20 paisas against the greenback during the last three days. The rupee’s depreciation during the ongoing fiscal year 2021-22 has been Rs17.62 and Rs14.87 in the current year 2021.

According to currency experts, the government’s announcement of reaching a deal with the International Monetary Fund (IMF) helped stabilise rupee during the previous two sessions. However, the two-day rally quickly fizzled out as sentiments turned nervous when participants realised that IMF conditions are very demanding.

They, however, said that completion of the sixth review may help stabilise the exchange rate for a long period, adding it would arrest the rupee’s slide and steer recovery of local currency against the greenback. They also said that large imports are still a threat to the rupee’s stability.

The experts said the latest efforts of the SBP might not help stabilise the exchange rate until foreign inflows are not materialised. They said the Saudi government has pledged $3 billion as cash transfer to Pakistan for assisting in the balance of payment; however, such amount has not been transferred to the SBP yet, sending negative signals to the market.

CM Sindh Murad Ali Shah, while speaking to the media about the regularisation of illegal structures in Sindh after the Supreme Court's orders for...
Read more
NATIONAL