‘Who watches the watchers?’ 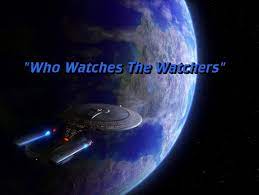 “O you who have believed, be persistently standing firm in justice, witness for Allah, even if  it be against yourselves or parents and relatives. Whether one is rich or poor, Allah is more  worthy of both.”

A satirical query posed by the Roman poet philosopher Juvenal; Quis custodiet Ipsos custodes? (Who will guard the guards) resonates with the judicial appointment procedure as enshrined under the Constitution. Under the constitutional scheme, Article 175A empowers the creation of a Judicial Commission for the appointment of judges to the honourable Supreme Court, High Courts, and the Federal Shariat Court.

More so, Article 175A (3) empowers the President, being the head of state, to appoint the senior most judge of the Supreme Court. Bef6re the 18th Amendment, the honourable Chief Justice of Pakistan recommended a panel of judges to the President, who would then determine the suitability of each recommendation. Sooner but later, the system of check and balances took a toll in the Judges’ Case, wherein the Court held that the recommendations of the Chief Justice would ordinarily be binding on the President unless the President departed from it subject to justiciable reasons. In order to restore the equilibrium in the independence of judiciary, the Parliament passed the 18th Amendment in 2010, which envisaged a two pronged process for appointment of judges under the constitutional realm. The first stage was the creation of a Judicial Commission, presided by the Chief Justice of Pakistan and other senior judges from Supreme Court, High Courts, and members of the bar. On the same lines, the Judicial Commission was to nominate judges for each vacancy. Pursuant thereto, the nominations of the commission were then forwarded to the Parliamentary Committee, for confirmation. The Parliamentary Commission comprised of eight (08) members in to, four (04) members from the National assembly and four (04) members from the Senate. As such, the decisions of Parliamentary Committee are executive in nature, having bearing on the independence of judiciary and the principle of separation of powers between different organs of the State.

Studying the methods and processes by which certain foreign countries handle the appointment of judges will provide us with valuable insight and perhaps even an alternative to the model we use.

The appointment process of federal judges and justices in the USA seems to be, at first sight, a very political process. All federal judges are appointed, not elected. They are nominated by the President and must be confirmed by the US Senate through a majority vote. Following confirmation, the President finally makes the decision to commission the judges to their position for a life term.

There is no formal method for the selection of candidates for judicial positions in the USA. But in practice, there are a wide range of safeguards to promote the appointment of qualified judges and justices. In practice, members of the Senate play an important role in selecting candidates for their circuit courts and district courts by forming selection committees. Amongst prominent lawyers, state or federal judges or law professors are selected. The Department of Justice then reviews the legal qualifications of the candidates. The American Bar Association (ABA) advises on the qualifications of candidates. And the Senate Judiciary Committee extensively examines the qualifications and background of candidates. Of utmost importance in this process is the tradition or legal culture of making selections based on objective criteria.

Although politicians make the decisions, impartiality and the procedure of checks and balances form an important feature of the appointment process of judges. The decision of the Senate holds a decisive value, as they can decide to block nominations.

In Germany there is no Council for the Judiciary. Federal judges in Germany are appointed by the Federal President, after being elected. The judges are elected for life by the Judges Election Committee consisting of 16 ministers of the sub-states and 16 members elected by the German Parliament. The committee constituted for the same, examines the qualifications of the candidates and makes a proposal for appointment thereon. The German appointment process does not exclude potential political influence. Nevertheless, there are important guarantees to ensure objectivity. There are checks and balances in the composition of the Judges Election Committee, and effective judicial control (appeal procedure). Perhaps, most importantly, there is a legal culture in Germany which respects the independence of judges.

In the UK, judges are appointed. There is a statutory criterion for judicial qualifications. A judicial appointments committee, consisting of 15 members, is responsible for the selection of candidates. The Ministry of Justice selects 12 members deemed eligible and qualified to be elected, whereby three members are selected from the judiciary by a judicial council. The Lord Chancellor, a member of the government, has the authority to appoint judges. He may reject selected candidate deemed unsuitable. Certain senior appointments are made by the Queen on the advice of the Lord Chancellor or the Prime Minister.

In France, judges are recruited through competition or on the basis of special qualifications. They are appointed by the President. A judicial service commission makes proposals, which is composed of 12 judicial members and eight additional members, of whom two are nominated by the President, and two each by the Presidents of the National Assembly and Senate, one by the bar association and one by the Council of State.

In Belgium, judges are appointed following a judicial training programme or directly to a career post, by the Crown for an indefinite period until retirement on the basis of a motivated request by the High Council of Justice. The construction of a judicial council was established in 2000, partly because of the politicization of the appointment process. Other than initial recruitment, appointments to judicial positions are still regarded as primarily the result of an ability to cultivate networks and the right contacts, rather than the result of merit.

Judges in the Netherlands are appointed by the King. There is a training programme and selection process by an independent judicial selection committee. They do have a judicial council in the Netherlands, but it does not have a decisive role in the appointment process. This judicial council is not independent, and members are not elected by the judges. Judges are appointed for life by royal decree. In the Netherlands, judges are appointed on the basis of objective criteria on the recommendation of the courts. These recommendations are decisive. Yet there are no strong safeguards against political influence. In most European countries, constitutional safeguards against political influence on judicial appointments are relatively weak. Most important is the development of a legal culture which respects judicial independence.

From a constitutional perspective, I think three principles are important for the judicial appointment process.

The first is judicial independence. Judges must be neutral, independent and impartial. Courts being independent institutions are not political institutions. This means that appointments of judges that are primarily due to political motivations should be out of question. Judges have to be appointed on the basis of specific qualifications for judicial office. Thud, courts, judicial councils or judicial advisory committees must play an important role.

Second is the principle of democracy. In most countries the executive and legislative branches are involved in judicial appointments. In Germany, there is a strong focus on this constitutional principle. So, there must be some construction of democratic control or supervision in Parliament. A judiciary without any democratic control, as a state within the state, is unacceptable.

Third are checks and balances. To prevent the concentration of government powers concerning the appointment of judges, it is important to divide these powers between the executive, legislative and judicial branches. A system of shared power promotes the prevention of abuses of power by one branch.

A collaborative system is in many ways the most appropriate method. The ideal system is one that allows judges to be independent and not to worry about the repercussions their decisions might have on their careers. At the same time the ideal system needs to provide a level of accountability which would allow for recourse should judges overexert their power. Any system that relies too heavily on one branch of government, is self-appointing, or allows the citizenry to elect judges, tarnishes the purity of the judiciary. We need an appointment process that is open and transparent while adhering to objective criteria not only in accord with the court and political institutions but also with the general public itself.

The role of a well-functioning judiciary is one that aids in the protections of human and property rights while enforcing the legal frameworks that support optimal market function. A well-functioning judiciary is one that has the capacity to work in a just and impartial manner. It should therefore be as independent as possible with specifically defined scope and authority to interpret law.