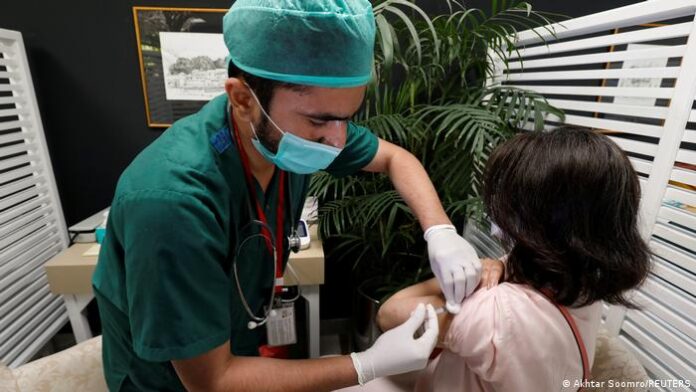 The National Command and Operation Centre (NCOC) on Saturday announced that it will roll back all COVID-19 related restrictions from cities with at least 60 per cent vaccinated population.

The decision was made in a meeting of the NCOC chaired by the Federal Minister for Planning, Development, and Special Initiatives Asad Umar.

According to the NCOC, cities where at least 60 per cent of the population has been vaccinated include Islamabad, Mandi Bahauddin, Gilgit and Mirpur.

Similarly, in Rawalpindi, Skardu, Hunza, Peshawar, Jhelum and some other cities 40 to 60 per cent of the population has been vaccinated against Covid-19.

In cities where the vaccination rate is higher than 60 per cent all virus-related curbs have been abolished including restrictions on marriage ceremonies, social gatherings, businesses, indoor dining and sports activities. Moreover, in such cities all public transport will be allowed to function with an occupancy level of 100 per cent.

However, in the rest of the cites, prevailing Covid-19 restrictions on marriage ceremonies, gatherings and sports activities will remain in force, at least till November 15. Public transport will be allowed to function with a maximum occupancy level of 80 per cent in these cities.

The NCOC will review its decision again on November 12.