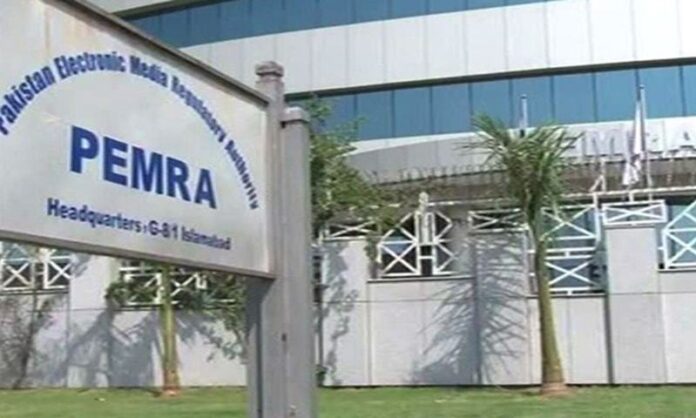 Pakistan Electronic and Media Regulatory Authority (Pemra) on Tuesday has received a notice from the Lahore High Court (LHC) asking for its reply for challenging a notification where PEMRA directed TV channels to refrain from airing intimate scenes.

As per the details, on October 21, PEMRA issued a notification which stated that all television channels running across the country must refrain from airing “objectionable dramas/content based on indecent dressing, caressing, bed scenes and gestures, sensitive/controversial plots and unnecessary detailing of event(s)”, as such content was “highly disturbing, distressing for the viewers and against the commonly accepted standards of decency”.

“Hugs/caress scenes/extramarital relations, vulgar/bold dressing, bed scenes and intimacy of married couple are being glamourised in utter disregard to Islamic teachings and culture of Pakistani society,” the media regulator said. It directed all satellite television channels to “refrain from airing caress/hug scenes in dramas and properly review the content of the dramas through in-house monitoring committees and edit/amend the same by giving due consideration to above reservations and apprehensions of the viewers”.

In this regard, a plea challenging the notification has been taken up by the LHC’s Justice Jawad Hassan on Saturday, the petitioner contended that Pemra’s notification was “illegal” and “contrary to the ethos of the Pemra Ordinance 2002”.

The plea stressed over the argument that Pemra had no authority to issue directions such as those mentioned in the notification to television channels, as such notification are clear “violations of the fundamental rights of the petitioner”.

The petitioner through the plea argued that such notifications are examples of “sick mentality” of Pemra authorities.

The petitioner further argued that “the impugned advice has been passed without any prior discussion with the stakeholders or the affectees of the advice [and] therefore, is violative of the article 10-A of the Constitution.”

The petitioner went on to request the court to restrict Pemra from taking any action until final verdict comes out in this case.

It is pertinent to note that the court has appointed Barrister Ahmed Pansota as the amicus curiae in the case.