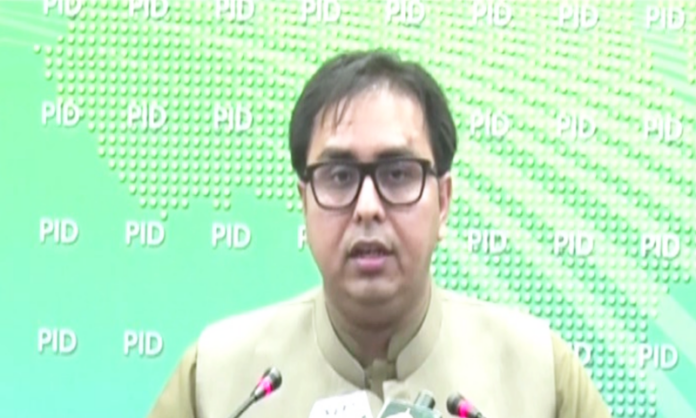 ISLAMABAD: Special Assistant to Prime Minister (SAPM) on Political Communication
Dr Shahbaz Gill on Thursday dared journalist Asma Shirazi to prove the allegations made by her against First Lady Bushra Bibi in an article published by the BBC Urdu.

Addressing a news conference, he alleged that the female journalist targeted Bushra Bibi, who is a housewife, to please certain elements.

He also wondered as to how a credible news outlet like the British Broadcasting Corporation has published such an article, which is tantamount to tarnish the image of a housewife.

He appealed to the journalist community and opposition to refrain from promoting dirty politics in Pakistan as it would not serve anyone.

Questioning credibility of Asma Shirazi, he said it was her who remained allegedly involved in taking favours from the government departments.

He recalled the way the Federal Board of Revenue (FBR) withdrawn a notice which was served upon her lately.

The SAPM said he would contact the FBR and seek clarification as to how the notice was withdrawn. The FBR would also be asked to investigate as to how she had made a house in Islamabad’s F-8 sector.

The appointment of her brother in the Capital Development Authority (CDA) would also be investigated, he added.

He asked how a journalist could take a favour from the government departments.

The SAPM said writing such an article is a ‘shameful act’. With this act, it seemed that there were some elements in the media who did not spare any opportunity to mislead the nation by criticising every act of Prime Minister Imran Khan.

He appealed to abstain from promoting use of abusive language.

About the reaction against the article on social media, he said those who used derogatory language against PM Imran Khan and his family would definitely be taken to the task by the people.

Gill maintained that the prime minister was elected by the people of Pakistan and had not come into power through backdoor as like of his predecessors.

About price hike in petroleum prices, he said the increase in fuel prices in Pakistan were relatively less than of other countries. The oil prices were only surged by 17 percent in Pakistan as compared to the world where it witnessed 113 percent hike.

Likewise, the gas price was increased by 17 percent in the country, while globally it was surged by 101 percent, he added.