Can the ICC hold the US accountable for Afghanistan? 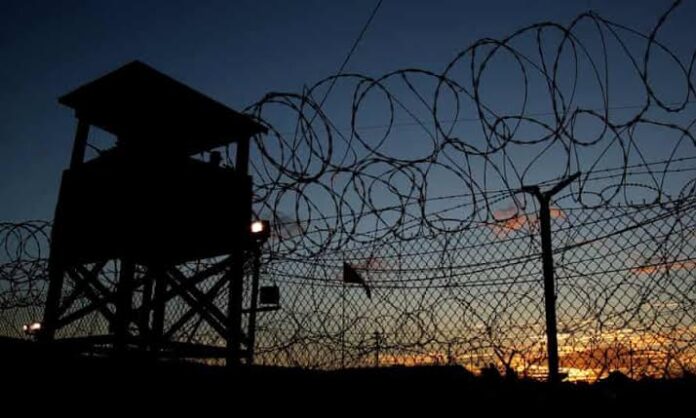 The US and European troops, and Afghan troops under the patronage of their Western allies, also called the occupation or allied forces, have allegedly carried out war crimes against the civilian population in Afghanistan during the so-called wWar on Terror. These crimes include killing innocent civilians, torturing opponents, molesting children, and raping women.

Time and again, the Western media and think tanks have provided the public a glimpse of the atrocities committed by the so-called saviours of humanity. According to the Watson Institute of Brown University, from 2007 to 2016, the occupation forces killed an average of 582 civilians each year. From 2017 through 2019, this increased to 1,134 civilians killed each year, a nearly 95 percent increase.

We hear a lot about the allied forces’ ambition of promoting education amongst Afghan children. However, this promotion has consisted of bombing schools and massacring children; a 2007 airstrike on a religious school killed 7 children (Reuters); an April 2018 bombing on a Quran memorization school in Kunduz killed and wounded nearly 200 civilians (BBC); a October 2020 bombing of a religious school in Takhar killed 11 children and their teacher (BBC). And the list goes on.

We also hear a lot about the allied ambition of promoting women’s rights. According to the BBC, Afghanistan consistently ranks as one of the worst countries for women, with women being subject to sexual crimes and violence. However, this was years after the so-called liberation of Afghan women from the Taliban regime, with the allied forces and the pro-US Afghans running the affairs of the country. Another article by the BBC in 2019 detailed how the allied-backed Afghan government treated women as sexual commodities, exchanging employment opportunities for sexual favors. Countless bombings on Afghan weddings also caused the deaths of several women attending them.

Countries such as China and India have not ratified the treaty, putting a question mark on the legitimacy of the ICC. Given the circumstances and the lack of resources that the ICC has, it seems difficult if the ICC would ever hold the US citizens, even their allies, accountable for their crimes against humanity during the Afghan war

When specifically asked about the civilian casualties in Afghanistan, the allied spokesperson answered, “if innocent people were killed in this operation, we apologize and express our condolences (Fox News).” That was it. That was the response. Needless to say, the allied war crimes during the war in Afghanistan have been similar to those during the previous US expeditions.

On 5 March 2020, judges of the International Criminal Court (ICC) gave the ICC prosecutor authority to investigate possible war crimes during the war in Afghanistan. The court will scrutinize the alleged murder, imprisonment, torture, and intentional targeting of civilians committed by the occupation forces.

However, the question at hand is whether the ICC can hold the mighty USA accountable for its role in committing war crimes against the civilian population in Afghanistan.

To answer this question, one needs to define the jurisdiction of the ICC. The ICC’s jurisdiction is based on the Rome Statute, which created the court in 2002 and has been ratified by 123 countries. Afghanistan ratified the Rome Statute in 2003. However, the USA never ratified this treaty and has consistently used this as an argument to help its citizens escape the accountability of the ICC over various crimes against humanity.

Article 12 of the Rome Statute unambiguously states that its jurisdiction includes acts committed within the territory of any state that has accepted its authority, regardless of the nationality of the alleged perpetrators. Despite this, the USA has taken measures to ensure that the ICC cannot prosecute its citizens. One of these measures is to sanction members of the ICC that investigate alleged war crimes of the US nationals.

Fatou Bensoda (ICC prosecutor) and Phakisa Mochochak (ICC head of jurisdiction) are the recent victims of such sanctions for investigating war crimes in Afghanistan. During her pre-trial submissions, Miss Bensoda reported, “there is a reasonable basis to believe that, since May 2003, members of the US armed forces and the CIA have committed the war crimes of torture, cruel treatment, outrages against dignity, rape, and other forms of sexual violence pursuant to a policy approved by US authorities.” In reaction, the US sanctioned both these individuals by freezing their assets and banning their visas.

There are other sorts of measures as well. The American Service Members Protection Act of 2002 approves the President “to use all means necessary,” including force, to release American soldiers detained or imprisoned by the ICC. The former US Secretary of State Mike Pompeo called the ICC “a thoroughly broken and corrupted institution.” Trump’s advisor on national security also threatened the ICC with sanctions. He said, “today, on the eve of September 11, I want to deliver a clear and unambiguous message on behalf of the President. The United States will use any means necessary to protect our citizens and those of our allies from unjust prosecution by this illegitimate court.”

In essence, despite all the efforts by the ICC in prosecuting the US war criminals in Afghanistan, it seems as if the ICC is not powerful enough to fulfill the task it has taken up. The USA has not ratified the treaty. Beyond that, it continues to sanction ICC members, calls it a corrupt body, and has pledged to use any means necessary to protect its citizens against possible accountability by the ICC.

Countries such as China and India have not ratified the treaty, putting a question mark on the legitimacy of the ICC. Given the circumstances and the lack of resources that the ICC has, it seems difficult if the ICC would ever hold the US citizens, even their allies, accountable for their crimes against humanity during the Afghan war.

Hamza Muhammad
The writer can be reached at [email protected]