The UN must get involved in the implementation 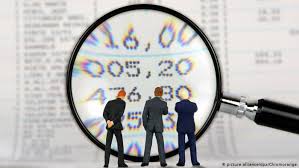 ‘The world’s most powerful nations agreed on Friday to a sweeping overhaul of international tax rules, with officials backing a 15 percent global minimum tax and other changes aimed at cracking down on tax havens that have drained countries of much-needed revenue. The Organization for Economic Cooperation and Development, which has been leading the negotiations, said the new minimum tax rate would apply to companies with annual revenue of more than 750 million euros ($866 million) and would generate around $150 billion in additional global tax revenue per year.’ – Excerpt from a recent New York Times article ‘Global deal to end tax havens moves ahead as nations back 15% rate’

In his recent address to the United Nations Conference on Trade and Development (UNCTAD), Prime Minister Imran Khan, like a number of times before at various international forums, had asked for steps to be taken to stop or reduce money being laundered from poor countries into tax havens abroad. Moreover, the recent ‘Pandora Papers’ revelations have once again, after the previously leaked information on a number of offshore accounts in ‘Panama Papers’, underlined the need for steps to be taken to stop money laundering and tax avoidance.

On both counts, the agreement on a minimum global tax rate recently, is a very important step in this direction. Commenting on the agreement, Janet Yellen, who is the US Treasury Secretary, reportedly called it as ‘a once-in-a-generation accomplishment for economic diplomacy.’

A recent article ‘136 nations agree to biggest corporate tax deal in a century’ in The Financial Times pointed out in this regard: ‘More than 130 countries have signed up to a ground-breaking global deal on corporate tax reform aimed at eliminating tax havens while bringing in $150bn more a year from multinationals. …The agreement– the biggest corporate tax reform for more than a century orchestrated by the OECD– includes a 15 per cent global minimum effective corporate tax rate, plus new rules to force the world’s multinationals to declare profits and pay more in the countries where they do business.’

Moreover, with regard to the deal itself, the same article indicated the following details, whereby ‘The deal finalised the details on sharing the profits of the largest multinationals so they pay more tax where they do business. Companies with turnover exceeding €20bn will be required to allocate 25 percent of their profits in excess of a 10 percent margin to the countries where they operate, based on their sales. The 10 percent profitability margin will be calculated using an averaging mechanism, based on profit before tax.’

In his recent address to the United Nations Conference on Trade and Development (UNCTAD), Prime Minister Imran Khan, like a number of times before at various international forums, had asked for steps to be taken to stop or reduce money being laundered from poor countries into tax havens abroad. Moreover, the recent ‘Pandora Papers’ revelations have once again, after the previously leaked information on a number of offshore accounts in ‘Panama Papers’, underlined the need for steps to be taken to stop money laundering and tax avoidance.

Although an important step in stopping a ‘race to the bottom’ in terms of countries attracting capital by keeping lower rates of tax previously, it would be important to raise the minimum corporate tax rate to at least 25 percent, to have some sort of meaningful impact in avoiding money laundering and tax avoidance. Having said that, while countries have agreed to a floor of 15 percent, concessions have also started to appear from certain individual countries.

So, for instance, although it is good that Ireland has signed on to the agreement, yet according to the same FT article ‘Ireland succeeded in its demand for the tax to have a maximum of 15 percent, instead of the original wording of the deal that said “at least 15 percent” and in contrast to the original 21 per cent first mooted by the Biden Administration.’ In any case, at least, Ireland through the agreement ended its policy of keeping corporate tax rate at 12.5 percent since 1 January 2003. Now, the next effort should be by the OECD and others, and especially the United Nations, which should play a greater role, being a greater forum in terms of membership and overall functions, to increase the floor of minimum tax to more meaningful levels, in terms of tax avoidance and stopping money laundering.

Moreover, according to the same FT article, ‘China also succeeded in having a clause inserted that will limit the effect of the global minimum tax on companies who are starting to expand internationally– because of concerns that its growing domestic companies would be clipped by the measures.’

Moreover, passing the agreement into law will be important for the USA, as pointed out in the above NYT article that ‘As the Biden Administration prepares to try to raise corporate rates in the United States, getting a global minimum tax in place has become critical to prevent companies from simply moving their headquarters overseas. … To comply with the new global minimum tax requirements, Congress will have to pass legislation raising the tax that American companies pay on foreign profits to 15 percent, or higher, from 10.5 percent.’

An article ‘Amazon had sales income of €44bn in Europe in 2020 but paid no corporation tax’ published in The Guardian in May this year indicated for instance that ‘Fresh questions have been raised over Amazon’s tax planning after its latest corporate filings in Luxembourg revealed that the company collected record sales income of €44bn (£38bn) in Europe last year but did not have to pay any corporation tax to the Grand Duchy. … Margaret Hodge, a Labour MP who has long campaigned against tax avoidance, said: “It seems that Amazon’s relentless campaign of appalling tax avoidance continues. … These big digital companies all rely on our public services, our infrastructure, and our educated and healthy workforce. But unlike smaller businesses and hard-working taxpayers, the tech giants fail to pay fairly into the common pot for the common good.”’ The currently agreed upon corporate tax agreement is indeed a right step in stopping this type of tax avoidance.

While the agreement is significant in dealing with tax avoidance and deterring money laundering, a number of developing countries reportedly have reservations, whereby according to the same FT article ‘Developing countries have complained about the lack of revenue they stand to make from the deal on fairer distribution of profits and taxing rights. They point out that this is worsened by the removal of digital service taxes, which was a deal-breaker for Nigeria and Kenya despite OECD estimates showing they would gain.’ Moreover, according to the same NYT article ‘Kenya, Nigeria, Pakistan and Sri Lanka did not sign on to the agreement.’