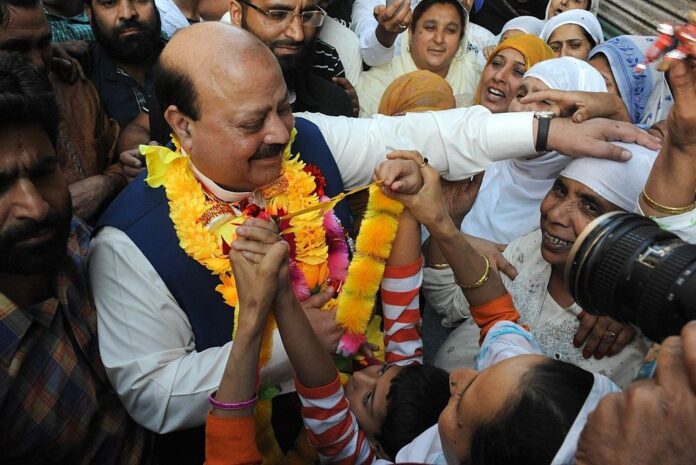 ISLAMABAD: Pakistan Tehreek-e-Insaf (PTI) and Pakistan People’s Party (PPP) candidates were able to retain their seats in the by-polls held for two constituencies of Azad Kashmir Assembly on Sunday.

According to details, by-elections were held in the constituencies of Mirpur and Kotli, AJK where PTI won in LA-3 Mirpur while PPP candidates won in LA-12 Kotli.

Polling was held at 12 Kotli and LA 3 Mirpur for by-elections. The polling process continued uninterrupted from 8 am to 5 pm. Strict security arrangements were made during the polling and the army was also ordered to be ready to deal with any untoward incident.

The total number of registered voters in LA-3 Mirpur is 85,917, 148 in the constituency. Polling stations were set up, with the main contest being between PTI’s Yasir Sultan Chaudhry and PML-N’s Chaudhry Muhammad Saeed.

The total number of voters in LA-12 Kotli constituency of Azad Kashmir is 1,06,428. 198 polling stations were set up in the constituency, out of which 101 polling stations were declared as most sensitive and 36 as sensitive. Per unofficial results, Aamir Yaseen defeated PTI’s Shaukat Farid Advocate by securing over 23,000 votes while PTI’s candidate Chaudhry Shaukat Farid could manage around 19,000 votes.