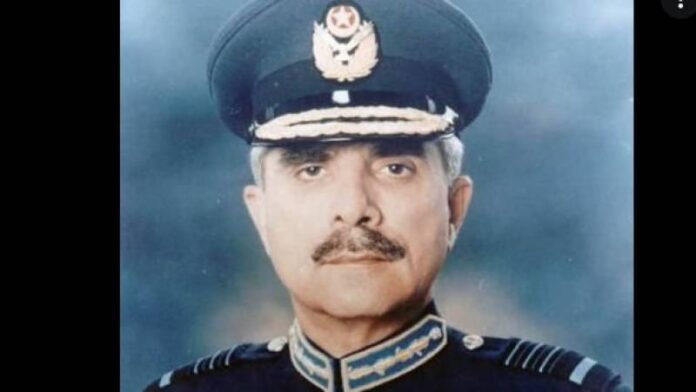 A former chairman of the Joint Chiefs of Staff Committee and former chief of air staff passed away of cardiac arrest in Islamabad on Saturday. He was 82.

Chief of the Air Staff Air Chief Marshal Za­heer Ahmad Babar expressed his grief on the sad demise of Khan. Babar extended his “heartfelt con­dolences to the bereaved family” and prayed for the eternal bliss of the depart­ed soul.

Lauding the merito­rious services of Khan, Babar said Khan was an epitome of Professional excellence and grace and would remain a role model for the coming generations of Pakistan Air Force officers, airmen and civilians alike.

Born on August 17, 1939, Khan joined PAF after com­pleting his Senior Cam­bridge from PAF Public School, Sargodha and was selected for training at the USAF Academy.

He also had the distinction of com­manding a Fighter Wing in the United Arab Emirates air force for three years. He also participated in both the 1965 and 1971 wars and was award­ed Sitara-e-Basalat for his valour.