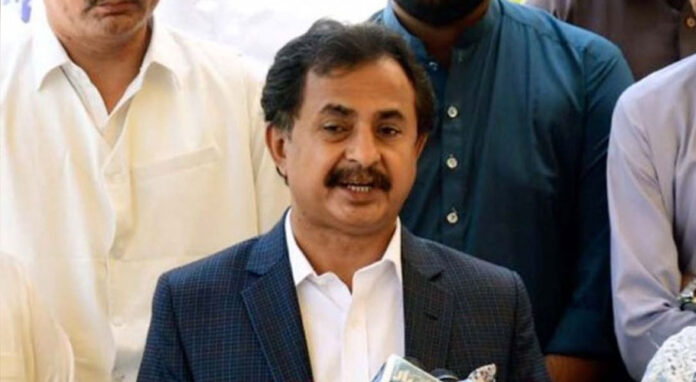 KARACHI: Leader of the Opposition in Sindh Assembly, Haleem Adil Sheikh, Saturday, urged the provincial government to start releasing wheat at the earliest and ensure availability of wheat at reasonable rate to save masses from artificial dearness.

Addressing a press conference here at Sindh Assembly Building, Haleem Adil Sheikh asked Bilawal Zardari to explain “Why flour price in Sindh was higher than Punjab?” He said that due to corruption of PPP government people of the province were compelled to buy wheat flour at exorbitant rates as the price of wheat flour in Sindh was around Rs 75 per kilograms while the same was being sold in Punjab at a rate of Rs 58 per kg.

There were 1.2 million tons wheat stocked with food department but Sindh government was not releasing wheat and flour mills were purchasing expensive wheat from open market at a rate of Rs 3000 per 40 kgs and consequently selling flour at higher prices, he observed.

Sindh government  has announced to release wheat from October 15 at rate of Rs 1950 per 40 kgs to allow the traders to take maximum benefit out of their stock purchased at lower rates, he alleged adding that a Rs.  13 billion were allocated for subsidy in the regard but it would be embezzled as well.

Haleem Adil pointed out corruption of billions in Sindh Food Department and said that wheat of Rs 14 billion was reportedly rotten out and eaten by rats while wheat was also released against bogus cheques.  He stated that the food department was under debt of Rs 150 billion which were obtained from private banks for wheat procurement and could not be paid back as bogus cheques bounced.

Check and balance system in Sindh was absent and price control committees were dormant while PPP was patronizing a corruption system in a bid to create artificial crisis of wheat flour in the province, he said adding that he would soon expose the corrupt system working under Bilawal Zardari and Murad Ali Shah.

Zardaris were enjoying the power in Sindh due to Bhutto family and they should have served the people of Larakana but every vice was being started from ancestral constituency of Bhutto family, he noted while referring to spread of HIV/AIDS, cases of dog bite, provision of contaminated water and damaging cultural assets of Indus Valley. “Now sell of jobs through balloting also begun from Larkana,” he said.

Another corrupt system of PPP was busy in land grabbing in Karachi and state land worth billions of rupees was being encroached by land mafia in connivance with the government machinery, he further alleged saying that revenue record was set ablaze in district West Karachi. On the other hand they never hesitate to raze villages and abodes of poor people in the name of removal of encroachments, he said.

Haleem Adil Sheikh, responding to query about extension to NAB chairman, said that the decision was taken on merit while constitution provides for legislation through ordinance in emergency situation.

Tenure of incumbent NAB chairman Justice (r) Javed Iqbal was about to expire and lack of consultation delaying the decision while there were dozens of corruption cases under trial in courts or being investigated by NAB, he argued adding that situation required immediate legislation.

Appointment of Justice ® Javaid Iqbal was made by Nawaz Sharif and Khursheed Shah and both the parties were then in all praise to him, but when their cases were pursued efficiently they started targeting Chairman NAB, Haleem said adding that they wanted that accountability head to be appointed in consultation with accused.

Prime Minister Imran Khan has always opposed NRO and he never intended to give NRO to anyone or get it, Haleem said.