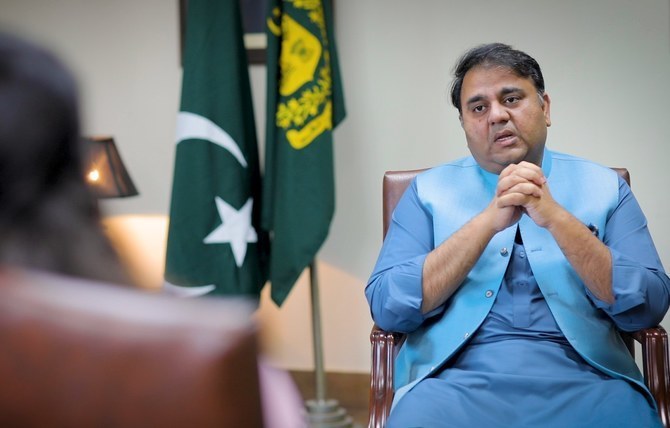 Federal Minister for Information and Broadcasting Fawad Chaudhry on Friday said that militants associated with the banned outfit Tehreek-e-Taliban Pakistan (TTP), who wish to pledged loyalty to the state, should be given a chance at a normal life.

The federal minister’s statement came after Prime Minister Imran Khan announced earlier in the day that the government is in talks with some groups of the banned TTP.

“Peace loving people who wish to follow the Constitution should be given a chance to get back to a normal life,” said Chaudhry in a video statement.

Fawad Chaudhry said that the Pakistan Tehreek-i-Insaf (PTI) government seeks reconciliation with those factions of the TTP who will lay down their weapons in accordance with the conditions laid down by the prime minister.

“The people who could not fulfil their pledge of allegiance to Pakistan want to return to fulfill this pledge,” he said.

“In Balochistan, more than 3,000 disgruntled people have come back to a normal life, who had fallen prey to India’s conspiracies,” he added.

Earlier on Friday, Prime Minister Imran Khan had said that the PTI government is seeking reconciliation with some groups of the banned Tehreek-i-Taliban Pakistan (TTP) and has initiated talks with them to begin the process.

“There are different groups which form the TTP and some of them want to talk to our government for peace. So, we are in talks with them. It’s a reconciliation process,” he said while talking to TRT World.

Answering a question regarding if the banned TTP groups will lay down arms, the PM said that the government expects the TTP groups to become normal citizens after being pardoned.

The PM also added that the since the talks are taking place in Afghanistan the Afghan Taliban are acting as mediators in the talks between Pakistan government and TTP.

Earlier last month, President Arif Alvi had said that the government could consider giving amnesty to those members of TTP who had laid down their arms. These sentiments were also echoed by Foreign Minister Shah Mahmood Qureshi in an interview on September 15th.

UNITED NATIONS: Pakistan has called for urgent action to limit global warming, which poses an existential threat to humanity, during a high-level debate at the...
Read more
NATIONAL