Mushaal praises PM for raising Kashmir cause at world level 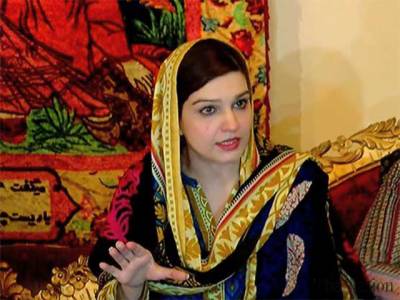 ISLAMABAD: Chairperson of Peace and Culture Organization Mushaal Hussein Mullick has praised Prime Minister Imran Khan for raising the Kashmir cause at the global stage vociferously and powerfully.

However, she stressed the need that the world should also support the Kashmir freedom struggle and take tangible solution to rid Kashmir of the worst enslavement of Indian fascist government.

Speaking at a function, she said that the role of the youth in Kashmir freedom movement is of a paramount importance; hence the Pakistani youth have to come forward to turn the table onto the Hindutva regime, unleashing a reign of terror in Indian Occupied Kashmir (IOK).

“I had been in the Jammu and Kashmir and know what kind of atrocities the Kashmiri people are enduring,” she maintained.

Mushaal added that Pakistani youth are the voice of Kashmiri people and the role of young people play a key role in the success of any movement.

The chairperson said that the issue of Afghanistan has been resolved and now the world’s attention is focused on Kashmir.

“We have to believe that Kashmir can be free and we have to believe from the heart that the green crescent flag will fly in Kashmir soon, as only we can materialize the cherished dream,” she added.

Mushaal said, “You have an example of how the world’s superpower was defeated by constant struggle in your neighborhood, so the day is not far away when Kashmir will break the fetters of Indian slavery.”

She expressed apprehension that in the wake of August 5’s notorious step by Indian government, Hindus are being resettled in Kashmir in massive number under a malicious plan as if India is planning to hold a referendum afterwards, which would be disastrous.

Therefore, she demanded that Pakistan should speed up its efforts to convince the world powers to ensure resolution of Kashmir dispute as per the UN agreed formula and aspiration of Kashmiri people at the earliest in order to foil the Indian nefarious designs.