Among other problems, the SNC is constitutionally dubious 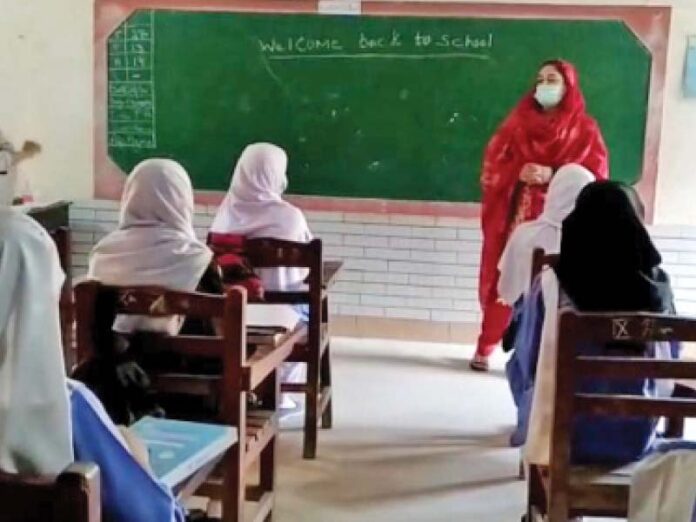 Much has been debated on the electronic media, passing misinformed memes on social media and presenting counter narrative essays have overwhelmed the newspapers on the Single National Curriculum. Late last year, the debate mainly focused on the content of the curriculum and the agony of the private school chains with discontinuing of their flashy syllabi, highlighted the economic disparities of the society which was described as education apartheid.

Since the curriculum dust has settled down, a new point of contention was expressed by the members of the civil society, academics, and minority rights activist about the Islamisation of the national curriculum that violates the Article 22 of the Pakistani Constitution, allowing for freedom of religion at the academic institutions. However, religious minorities were later exempted from studying specific parts of syllabus highlighting Islamic core concepts that formed the bases of their debate.

The constitutional challenges brought by the SNC deserve to be examined. Before I delve deep let me recall that the Government of India Act 1935, contained three legislative lists, the federal, concurrent, and provincial lists. The partition of the state subjects falling in each specific category, precluded any effort of transgression if made by a province or the federal government. Any matter in relation to devising educational policy, implementation and curriculum, fell into the provincial legislative list. Later, when Pakistan had its first Constitution in 1956, which ensured to place all sorts of education of all levels in the domain of provinces, the same practice was continued in the making of the 1962 Constitution.

For the betterment of the country, already marred by political and financial crises, the PTI or any successive government should aim to collaborate with the concerned stakeholders. And by setting aside political aims and gains it can foster national integration, which is the need of the hour

In 2010, the passing of 18th amendment revised the constitutional framework of distribution of power between the central and provincial governments, including abolishing of the concurrent list, that brought several subjects, including education, under the direct control of the provinces. Since then, the provinces have been empowered with the developing of the curriculum, and running the education sector independently.

In line with a bunch of promises of Naya Pakistan including having a uniform curriculum nationwide, the SNC feels like a dream come true. But coercing private school bodies to enforce the SNC and scrapping the provincial autonomy has never been the mandate of the public, which elected the PTI. In support of the curriculum, the federal government has transgressed the 18th Amendment, which had transferred the curriculum making power to the provinces. It is baffling everyone, whether this action transpires so as to take back some subjects that were devolved to the provinces, or this move is an effort to exercise federal autonomy over provinces. But if that is the case, the 18th Amendment should be revoked and not just the SNC, for as well as hurting the sentiments of the people of Pakistan, it should not be used for political gain.

In a futile effort to re-centralize the curriculum, the federal government has developed a flawed curriculum of social studies that ignores the awareness about the district, and the province, where a child lives. However, it directly jumps from awareness about the neighbourhood to the national facts. Using a curriculum lacking information about a child’s surroundings, will affect his understanding of the world.

Like always, we have remained divided over religion, sects, festivals. And now the SNC is added to a long list of debatable subjects, for despite the SNC having the slogan of “One Nation One Curriculum Sindh, and Baluchistan are not ready to make any changes in their current curriculum, and only KPK and Punjab are following the SNC.

Given this situation, I doubt Pakistan can ever get 25 million children under the umbrella of SNC, which purportedly aimed for removing class distinctions, especially mainstreaming nearly three million madrassah going students, in an effort to address the concerns of religious radicalisation.

Another looming question with respect to the inclusion of Pakistan’s regional languages in public education has raised concerns about the social justice, and respect that each province’s values, beliefs, and customs should be legitimately reflected in the National Curriculum.

Article 251(3) of the Constitutions reads “Without prejudice……… law prescribe measure for the teaching, promotion and use of a provincial language in addition to the national language.” In breach of the constitutional provision, the SNC considers the promotion of other regional languages as unworthy by providing that the curriculum will be taught in Urdu, which means Urdu will replace all regional languages and cultures. In a country, rich in diverse cultures there are over 66 languages spoken other than Urdu that hold educational and cultural value to the provinces. But they are deliberately ignored by the federal government in its obsession with the SNC, and apathy towards the country’s cultural and linguistic diversity.

Since Pakistan’s inception in 1947, the country has been facing a national identity crisis that has led to its obsession with the search for a collective identity. This time the country’s incumbent government has further deepened that identity crisis by illegitimately employing educational policies and developing a curriculum that has never been its constitutional mandate.

For the betterment of the country, already marred by political and financial crises, the PTI or any successive government should aim to collaborate with the concerned stakeholders. And by setting aside political aims and gains it can foster national integration, which is the need of the hour.