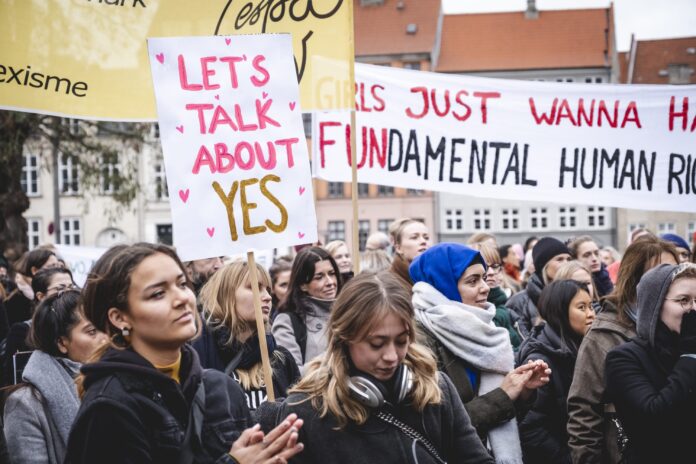 A 35-year-old woman and her daughter were raped by a rickshaw driver and his s them accomplice in Lahore; On the Independence Day of Pakistan, a TikTokker was sexually harassed in Lahore; a woman on rickshaw was harassed publicly in Lahore and people were cheering; Noor Mukadam, daughter of a diplomat, was brutally killed in Islamabad; a female schoolteacher was raped by the owner of the school; a minor girl was raped by the principal of a seminary; a woman was gangraped by robbers in front of her family in Sheikhupura; a man with his three friends gangraped his fiancée and snatched jewelry; a 16-year-old girl was raped by her stepfather in Lahore; the mother of four children was raped in Bhagatpura; a 10-year-old was raped in Manwan; 17-year-old girl was raped after being promised a job; a minor girl was raped and killed in Korangi; a woman was abducted and gangraped; an elderly woman was tortured, dragged and the attacker attempted to rape her. A few cases have been quoted here. Sorrowfully, numerous other cases remain to be mentioned here. Unfortunately, a tiny figure of cases have been reported, still many cases are unreported.

The given obnoxious incidents give women a sense of insecurity and uncertainty. Wretchedly, women in our society are deemed a prey and an open invitation by mad dogs (rapists) which they cannot evade whom they leave no stone unturned to assault. The exponential rise in gender-based violence has CHANGED our society into a hell for women, where they are considered aN inferior segment of society. This abysmal picture of our society adversely impacts our international image.

To sum up, society will remain hell for women, as long as our society is patriarchal and culprits remain scot-free. No society can be stable and prosperous, if women of that society are not secure and honoured by every individual. If mentioned laws are implemented effectively, the women of our society can live respectfully and society can be a heaven for them

The study conducted by Georgetown Institute for Women, Peace and Security, despite an improvement in women’s perception of community safety, still ranks Pakistan fourth among the worst countries for women to live in.

In accordance with the official data- collected from law enforcement agencies and the Human Rights Commission of Pakistan, at least 11 rape cases are reported regularly in Pakistan. More, the last six years data unearthed an icky tally of 22,000 cases registered to police in Pakistan. Dolefully, the conviction rate stood at 0.3% of the total.

Research conducted by Geo News revealed that only 41 per cent of cases have been reported to the police. A police official estimated the actual number of assaults could be as high as 60,000 in the last five years.

Furthermore, the Cyber Wing of the FIA in Lahore told that they had received 6,168 sexual harassment complaints out of a total of 14,108 in less than eight months. It further explained that mostly the complaints were lodged by university and college students relating to blackmailing by peers through the use of doctored videos and photographs.

Regarding violence against women, Punjab made up to 73 percent of total cases, Ministry of Human Rights Toll-free helpline data showed. Besides, recent data by the Punjab police divulged that 1890 rape cases and 88 gang-rape cases had been registered just in the first six months of this year.

The reasons behind alarming rise in rape cases, which are mostly opined and observed personally, are rivalries, perpetrators remaining scot-free, and police incompetence.

In rivalries, various women have been raped because perpetrators think that it is better to besmirch the enemy and revenge oneself upon him. In June, when a boy eloped with the daughter of an influential person, in revenge his 50-year-old mother was kidnapped, tortured, dragged, her half-naked body burned with cigarette butts and the attackers attempted to rape her. In rural areas, women are raped in compensation, if the victim’s father, brother or guardian has raped any girl.

Besides, since 2015, more than 22,000 cases of harassment have been registered with the  police, and more than 4000 cases are still pending in the courts and only 18 percent of cases have managed to reach prosecution. Such a backlog of cases it takes takes too much time to provide justice to women and to deter others. Thereby, criminals remain unpunished and free to rape another woman with impunity. In some cases, rapists are granted pre-arrest bails. Afterwards, they threaten the victim and her family to withdraw the case; which points to the competence and justice of honorable courts, and also provides free space to those rapists to continue harassing women.

Apart from this, various cases are not reported due to family or social pressure, because they have to undergo another form of victimization. A Karachi-based organization, War Against Rape (WAR), exposed that women who report the crime are coerced to visit male-dominated police stations and are asked unnecessary questions. That is why people remain silent and do not register complaints to shun answering gratuitous questions, which creates obstacles in the way of justice by sparing space to rapists.

Also, victim blaming also prevents victims from registering complaints. The victim’s character is questioned, she is blamed for the rape and some misogynists and advocates of patriarchal society make allegations against the victim, giving illogical reasons. In consequence, victims find it easier to be silent rather than be pilloried everywhere, and does not register her complaint, which indirectly paves the way for rapists to feel free from being brought to book and harass women whenever and wherever they want.

To counter this evil, Punjab Police has launched a safety App that will enable women to contact police through a message and it will enable the police to trace the location of complainants through smart phones. A senior police official has assured that the app will be launched in all districts of Punjab soon and a special squad will be formed soon in this regard. This initiative is praiseworthy and can be fruitful. All women should download this App so that in any emergency they can contact the police easily.

Additionally, separate courts for rape cases should be made operational as soon as possible in order to evade years of pending cases. More medico-legal officers should be appointed to speed up the medical process. Police should enforce all laws related to anti-harassment, anti-rape and anti-crimes against women, and all women should be acquainted with these laws so that they can report crimes easily and immediately.

To sum up, society will remain hell for women, as long as our society is patriarchal and culprits remain scot-free. No society can be stable and prosperous, if women of that society are not secure and honoured by every individual. If mentioned laws are implemented effectively, the women of our society can live respectfully and society can be a heaven for them.

The writer is freelance columnist