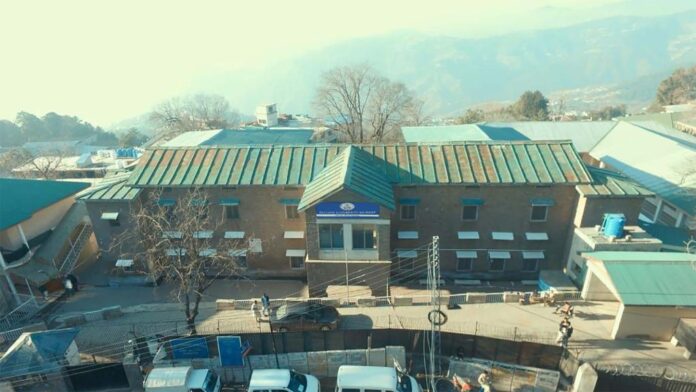 LAHORE: Kohsar University Murree has decided to convert the rooms of the Youth Development Centre – Murree allotted at Punjab House Murree into the residence of the vice chancellor of the university, Pakistan Today has learned by a reliable source.

Well-established sources in the Punjab Education Endowment Fund (PEEF) informed this scribe that after the establishment of PEEF, the centre was established by the previous government in Murree. However, the centre was under the administration of PEEF.

“The centre was set up inside the Chief Minister’s House at the Punjab House in Murree and has been running successfully ever since. The center was set up to encourage and honour the students who achieved top positions in the examinations, as well as to accommodate them in the Chief Minister’s House and train them in leadership. During the tenure of former chief minister Shehbaz Sharif, a foreign PhD programme was also started here and through this programme, foreign scholarships were also given to 35 people annually and they [scholarship holders] were sent to study in one of the fifty best countries in the world,” the informed.

Sources claimed that later it was decided to establish Kohsar University and it was informed that Punjab House would be handed over to the university.

“Punjab House covers a large area where guest houses for members of National Assembly and members of Provincial Assembly are also established. 10 or 12 years ago, a block for senators was built here called S Block and a few rooms in this block were allotted for the Youth Development Center,” a source added.

Sources further claimed that four days ago, it was decided secretly that the rooms allotted for the youth development centre should be converted into the house of VC of Kohsar University.

“In this regard, the VC visited the place and chose these rooms for himself. However, the thing to think about is that these are the only rooms in the entire Punjab House where there is no entertainment and party of any kind, but the students stay here only for the purpose of education and training,” a source said.

Sources believed that it would be a strange logic to ignore the space vacant for entertainment in such a large Punjab House and select a space reserved for the use of students.

“Earlier also, due to the stupidity of bureaucracy, the rent of guest houses of Punjab House was increased to Rs12,000 per day and the result is that no one comes there anymore because the service of the guest house is very poor and tourists do not go there. Now those rooms are empty and MPAs and MNAs use them for their parties. The change is nothing but a change of label, earlier, PML-N ministers and members used these guest houses and now PTI. The Punjab House has 500 to 600 rooms and out of these three or four rooms were reserved for students which will now be converted into VC House,” they lamented.