A deeper look at anti-Semitism and anti-Arab bigotry

Both Jews and Arabs have overcome the same stereotypes 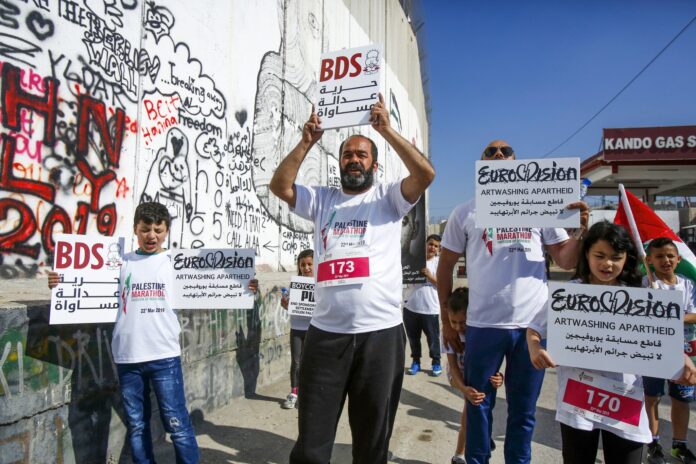 While there are differences, to be sure, between anti-Semitism and anti-Arab bigotry, the animus that has driven the hostility directed against both Arabs and Jews springs from the same source. It is a largely Western phenomenon directed against two Semitic peoples– one which the West historically found living within its midst and which it saw as an internal threat; the other which it confronted as an external challenge, but which it similarly defined as a threat to its survival.

In some ways, these anti-Semitisms are no different than other racial or tribal conflicts– but are more extensive and persistent in their violence and intensity. Both Jews and Arabs are demonized– their organizations, their wealth, and even their corporate identities have been seen as damaging to the West. And the results have been devastating to both peoples. Both groups have suffered a history of vilification and both have endured campaigns of systematic violence: Jews as victims of pogroms and the Holocaust; Arabs, first as victims of racist imperial conquest and later, as millions of Arabs immigrated to Europe, as victims of prejudice.

A decade ago I did a study of political cartoons and other forms of popular culture– comparing the depiction of Jews in Tsarist Russia and pre-Nazi Germany with those of the Arabs in the USA in the 1970s and 1980s. In both content and form the treatments given to each were identical. The two most prevalent German and Russian depiction of Jews parallelled the two most common images of the Arabs projected in U.S. cartoons. The fat grotesque Jewish banker or merchant found its counterpart in the obese oil sheikh, and the images of the Arab and Jewish terrorists differed only in their attire.

Both groups were uniformly treated as alien and hostile. Both were accused of not sharing Western values and were viewed as prone to conspiracy. They were both seen as usurpers and controllers of Western wealth, using it to undermine the West. And both were portrayed as lusting after Western women.

The bottom line: Arabs and Jews were defined as threats to Western civilization.  Despite the contradiction, Jews were portrayed as associated both with capitalist greed and with anarchist violence, socialism, and communism. Arab avarice was held responsible for runaway inflation in the West, and Arabs were seen as the main agents responsible for international terrorism— and this was true long before 9/11 and before the bigoted backlash against Arab immigrants in Europe.

As we know from history, the systematic dehumanization of both peoples ultimately led to terrible violence. In the past few centuries alone, millions of Jews lived in fear of the oppression and exclusion of being “other” that they endured in most Western countries. All too often this led to outbreaks of violence directed against them as the “outsiders” who were routinely scapegoated for a host of problems— leading to the barbaric Nazi effort to completely exterminate them as a people.

Arabs, whose lands the West coveted, first for religious reasons and later for their economic and political strategic importance, were likewise victims during the past few centuries. Arab lands were conquered and colonized. Western powers divided up the region, holding in contempt the rights of those whom they would dispossess. Millions of Arabs died from war, squashed rebellions, and enforced famines.

Given this shared history, it is ironic, if not profoundly tragic, that both groups, as they became locked in a struggle over Palestine, would fall prey to utilizing and even propagating some of these same forms of negative stereotyping against one another. In this context, it has long been disturbing to me to hear some Arabs using anti-Semitic tropes to describe Jewish control of media or government or banks. Similarly, it is deeply unsettling to hear some Jews speaking or writing about backwardness, violence, or irrational behavior as if these were inherent Arab traits, or to hear major Jewish groups dismiss the Arab American community as a “petro-dollar created fiction” that only exists to attack Israel. Or for some groups to engage in “witch hunts” to expose Arab donors, when clearly doing the same to Jewish donors is, and ought to be, off limits.

More troubling was the systematic Israeli propaganda campaign to dehumanize Palestnians and justify the systematic violence against them and their dispossession. For decades Palestinians were not seen as equal human beings. They were pawns on a board to be moved about to make way for Israel to live in freedom and security. Palestinians were expelled from their homes. Their villages were erased, and their rights ignored. At the root of all of this is racism— a belief that Palestinians are less human, more violent, and less deserving of rights.

The response to this must never be to repay this bigotry in kind. Arabs, and in this case, Palestinians, in particular, must never be demonized, stripped of their humanity, or collectively held responsible for actions of some Arab governments or groups. Similarly, Jews should never be demonized or collectively held responsible for the actions of Israel or even of some Jewish organizations.

The bottom line is to recognize that both of our communities face challenges that we can best meet by first understanding each other’s vulnerability and pain, and committing to never using learned or weaponized bigotry against each other.

2021 5s the 100th year of the foundation of the Communist Party of China, wh5ch was formed by Chen Duxiu and Li Dazhao on...
Read more
Comment

Pakistani children are growing up in a world where economies, governments, and people are increasingly intertwined in a single global network. In just a...
Read more
Comment

The Asian continent has seen many changes in the recent era. Liberation of many central Asian States from the clutches of the USSR made...
Read more
Editorials

The All Pakistan Petrol Pumps Dealers Association has called off a nationwide strike against the government's failure to increase their profit margin. it was...
Read more
Editorials

Since few years, the number of court marriages has been increasing in Pakistan. It is really shocking that when we read Daily newspapers or...
Read more