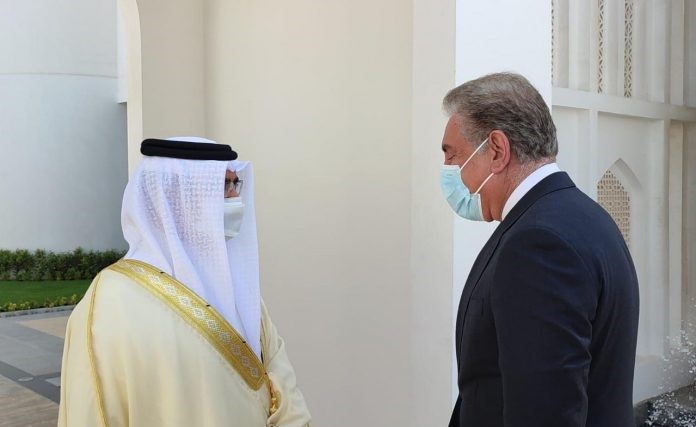 MANAMA: Pakistan and Bahrain have agreed to invest jointly in the industrial sector and hold expert-level meetings of the joint working groups in agriculture, trade and investment, labour and manpower, oil and gas and IT sectors.

A statement issued after the conclusion of the second meeting of the Bahrain-Pakistan Joint Ministerial Commission (JMC) on Thursday said that both countries held fruitful discussions and agreed to work together for B2B interaction between their businessmen.

Dr Al Zayani underlined the importance of establishing an open and enabling environment for business and economic cooperation, so that the potential for development between the two countries could be fully harnessed.

He also highlighted the two countries’ efforts in combating the Covid, from its very outset, as an outstanding example of their close and effective cooperation, noting the efficient work to repatriate citizens back in 2020, the free access to vaccination for the Pakistani expatriate community, and the ongoing care and assistance provided to the Pakistanis in Bahrain.

Qureshi thanked the Bahraini side for the warm welcome and hospitality extended to him and his delegation and highlighted the long standing relations between Bahrain and Pakistan, characterised by a spirit of friendship and solidarity.

“The experience and expertise acquired by both countries in many spheres over time can be shared for mutual benefit,” he said, stressing the need to expand economic ties between the two countries.

The two sides highlighted the importance of the regular meetings of established bilateral mechanisms and high-level bilateral visits, recalling the successful visit to Bahrain by Prime Minister Imran Khan in 2019 and the landmark state visit of King Hamad bin Isa al Khalifa to Pakistan in February 2014, which laid a strong foundation to build a close partnership between the two countries.

On the sidelines of the JMC, a MoU between Bahrain Economic Development Board (EDB) and the Board of Investment of Pakistan was also signed to promote bilateral investment between the two countries.

Both sides agreed, in principle, to hold the third meeting of the Pakistan-Bahrain Joint Ministerial Commission in Islamabad in 2022.

Earlier, Qureshi called on Bahrain’s Crown Prince, Deputy Supreme Commander and Prime Minister Salman bin Hamad Al Khalifa on Thursday and told him that Pakistan has been following the agenda of economic development under the vision of Prime Minister Imran Khan.

The foreign minister said that Pakistan wants to enhance economic linkages with the Kingdom of Bahrain.

The two sides also discussed affairs pertaining to the welfare of the Pakistani community in Bahrain.

The foreign minister said Pakistan is keen to strengthen ties with Bahrain in diverse sectors for their mutual benefit. Qureshi also lauded the steps taken by the Bahraini government during the coronavirus pandemic to facilitate the Pakistani diaspora in Bahrain.

In this regard, he mentioned the visa amnesty scheme by the Interior Ministry of Bahrain, ease of paying fines, and extradition of accused and repatriation of Pakistanis to their homeland.

The Bahraini minister appreciated the effective contribution of the Pakistani community towards the development of the country. He expressed confidence that the collaboration at high-level would lead to promoting economic and trade relationships between the two countries.

Following the JMC meeting, the foreign minister left for Pakistan on the conclusion of his two-day official visit to Bahrain.