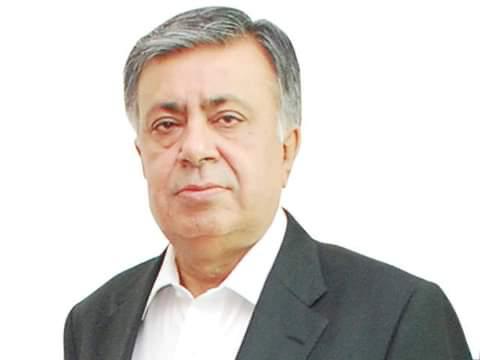 It would not be right to write these notes without saying that they were given their name by Arif Nizami. They must have been a minor matter for him, as even I can realise, for he had many matters to deal with, many decisions to make, in the newspapers he edited. But these notes have been of importance in my own life, for I’ve been writing them now for more than three decades. I never had any idea of writing them, and was then a wet-behind-the-ears reporter out of college only the year before, when I was summoned by the editor. Mr Arif Nizami was then what I would now regard as a mere stripling, but I then regarded him as an old man, not as ancient as Ahmad Aziz Zia, the executive editor, or Jeff Plair, the news editor, but around the same age as Javed Nazir, our chief reporter, who was vigorous enough. But still old enough to have been my teacher in college.

Arif sahib briefed me about the happenings of an Iqbal Day function, The Nation had come out on the 1st of October, so this would be about a month after we had come into the market. I had not attended the function, but I took the brief, and scuttled off to write up the account. I batted it out on the old heavy-duty typewriters we then had. We went into the 1990 election computerised, but back then, in this very same galaxy, but a long, long time ago, it was those heavy old machines. Anyhow, once done, I took the result to Arif Sahib. He approved it, though I think he made a couple of changes with his pen. He then said that the piece should have a name. In fact, he said, I should keep doing write-ups like that, and that it should be called ‘City Notes.’ For better or worse, these notes were born.

I went to get briefed for a couple of weeks before writing them, but after a while Arif sahib turned me loose, and left me to make of these notes what I would. I did. I’m not aware of how much he had to tolerate on my behalf, and where and how he defended me, not in those notes I wrote, but in the reports I filed.

He backed us reporters to the hilt, that much I know. He had himself been one, which was probably the reason. He was also deeply committed to press freedom, as his activity in the All Pakistan Newspapers Society and the Council of Newspaper Editors showed, and I found that he did not pass on the pressure he got to reporters. Let me assure you, if a reporter doesn’t know what pressure he has created, he will be more fearless.

One result was that Arif Sahib insisted on knowing that his report was correct. He never claimed the editor’s privilege of asking a reporter to disclose his source to him. My own experience was that he would ask the reporter questions that went around the source, but did not find out who exactly it was. I presume that the principle was that if you didn’t know something, you couldn’t let slip even a hint. Arif Sahib knew how to walk that minefield. He had been there.

I would not claim to be among his circle of friends. However, I do claim to know those who were his friends. And they were basically people he had known a long time. But I do claim to have been struck by something I heard from him (at one of those reporters’ meetings so long ago), “the graveyard is full of indispensable people.” I don’t know where he got it from, but apparently there’s no firm attribution for the quote, which has been ascribed to people as diverse as Churchill, de Gaulle and Clemenceau. Anyhow, when he spoke it, little did I know that I would have to juxtapose it with him much more closely to him than as the source. And it is perhaps only right that, on this occasion, we remember that this is where we will go ourselves.

This space will not suffice to sum up an acquaintance going back over so many years, but I will leave it by saying that after school and college,which is the best time for making friends, Arif sahib was by the most influential presence in my life. Newspaper editors are, for they are part of the daily routine of all their readers. Arif sahib was a good custodian for them, whichever paper he edited, this or another. He will be sorely missed, not just by the very wide circle of his acquaintances, but also by those many who never met him, but those who have their lives touched by his paper.

ISLAMABAD: Prime Minister Imran Khan has said that the blame on Pakistan for the Taliban's takeover of Afghanistan is illogical. In his interview with RT, Russian...
Read more
Top Headlines

PARIS/CANBERRA/WASHINGTON: France plunged into an unprecedented diplomatic crisis with the United States and Australia on Friday after it recalled its ambassadors from both countries...
Read more
HEADLINES