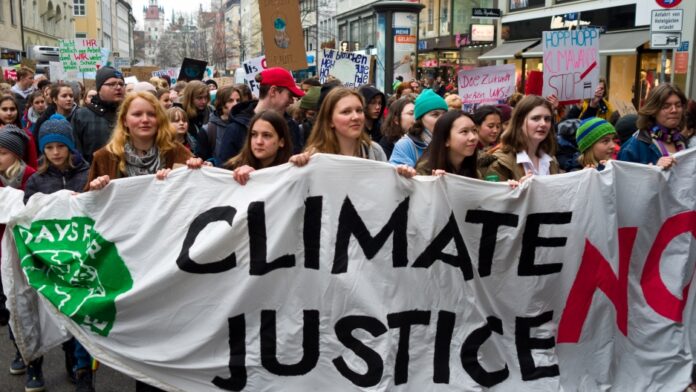 ‘Sonam P Wangdi of Bhutan, the chair of the least developed countries (LDC) group at Cop26, said: “Despite Covid understandably taking the headlines, climate change has been getting worse over the past year as emissions continue to rise and the lives and livelihoods on the frontline suffer. We vulnerable countries are not asking for much – just that richer countries, who have caused this problem, take responsibility by cutting their emissions and keeping their promise to help those their emissions have harmed.” – Excerpt from the Guardian article ‘Move faster to cut emissions, developing world tells rich nations’ by Fiona Harvey

At the same time, advanced countries are yet to come true on their commitment that they made with regard to providing climate finance to developing countries, to support them in reducing the pollution footprint that was primarily being made by rich countries. The same Guardian article pointed out in this regard that ‘One of the major sticking points for the Cop26 talks is the rich world’s failure to make good on a promise originally made in 2009 that $100bn a year in climate finance would flow to poor countries by 2020 to help them cut emissions and cope with the impacts of global heating. Tanguy Gahouma-Bekale of Gabon, the chair of the Africa group of negotiators, said: “Developed countries are currently not pulling their weight or keeping their promises on their obligations to provide climate finance. Like any negotiation, you need to have faith that pledges and commitments will be met. In 2009 and 2015, they promised to deliver climate finance by 2020. Yet this is still to be met, and we don’t have a clear plan to achieve it.”’

Moreover, in the recent meetings by both G7 and G20 countries no concrete details were provided as to how they will come true on their commitments that they made in the Paris Agreement in 2015, which also does not create the right atmosphere before the Cop26 meetings, set to be held in November this year. This has led 100 developing countries to reportedly come together recently, and to have asked rich countries to provide clear details of their implementation strategy for meeting their commitments, including reaching net zero emissions by around 2050.

In this regard, Fiona Harvey in the same article indicated that ‘The LDC group has published five demands, calling for developed countries to bring forward and strengthen their national plans for cutting their emissions this decade; provide $100bn a year in climate finance to the poor world; help poor countries to adapt to the ravages of extreme weather; accept their responsibilities in contributing to loss and damage to poor countries from the impacts of climate breakdown; and bring the Paris agreement into full effect.’

It is important that concrete and significant steps are quickly taken with regard to climate change crisis, given the serious impact that it has already started to make. For instance, in a recent Guardian published article ‘Deadly heat: how rising temperatures threaten workers from Nicaragua to Nepal’ by Joe Parkin Daniels pointed out in this regard that ‘More than 5 million people die each year worldwide due to excessively hot or cold conditions, according to a recent 20-year study, and heat-related deaths are climbing. Another study found that 37% of heat-related deaths around the globe in warm seasons could be tied to the climate emergency. As a heatwave continues to bear down on the western US, subjecting more than 31 million people to temperatures above 45C, the pain is being felt in wealthier countries, too. …In the Middle East, migrant construction workers – many from Nepal – have been particularly at risk. In Qatar, hundreds are estimated to be dying yearly from heat stress as they work on building infrastructure ahead of the football World Cup, a Guardian investigation found in 2019.’

Having said, the stimulus amount being spent in the wake of the pandemic is also not helping properly fight the otherwise existential threat of climate change crisis, and one that is fast approaching. In a July 15, 2021 published Guardian article ‘Trillions of dollars spent on Covid recovery in ways that harm environment’ by Fiona Harvey, it was pointed out that ‘Trillions of dollars poured into rescuing economies around the world from the Covid-19 crisis have been spent in ways that worsen the climate crisis and harm nature because governments have failed to fulfil promises of a “green recovery” from the pandemic. Only about a tenth of the $17tn in bailouts provided by governments since the start of the pandemic was spent on activities that reduced greenhouse gas emissions or restored the natural world, according to analysis from Vivid Economics, published on Thursday. …About $3tn was spent in ways that would increase greenhouse emissions and harm the natural world, outweighing the $1.8tn spent globally on green projects, such as renewable energy and low-carbon transport.’