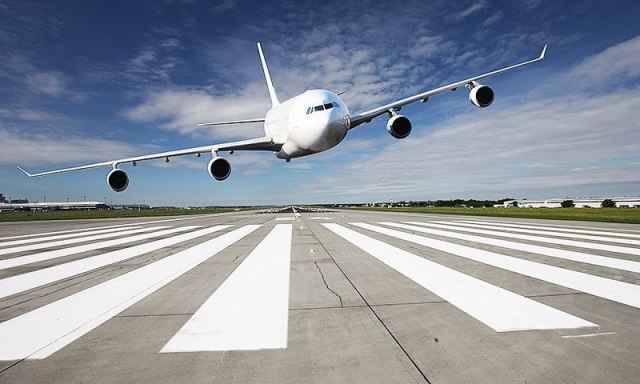 ABU DHABI: The United Arab Emirates on Thursday repealed their new visa policy for Pakistanis who want to travel to the Gulf country after a conversation with representatives seeking a visa to the region.

Earlier, it had been announced that for a Pakistani visa-seeker, a National Database and Registration Authority’s coronavirus certificate will be mandatory and that too must be got attested from the UAE Embassy.

According to the UAE Embassy in Islamabad, the attested NADRA certificate condition will be applicable to general travellers, diplomats and their families.

The visa-seekers must submit passports valid for up to at least six months and the return ticket.

However, the order was withdrawn after the Foreign Office took up the matter with UAE authorities.

Both FO spokesperson Zahid Hafeez Chaudhri and UAE Ambassador to Pakistan Hamad Obaid Ibrahim Salem Al-Zaabi confirmed that the condition had been reversed.

Attestation of vaccination certificates by the FO and the UAE embassy will not be mandatory for Pakistani travellers, Al-Zaabi told Dawn.

He said travellers would be required to carry only the vaccination certificate issued by the National Database & Registration Authority once the flight operation from Pakistan is resumed.

Meanwhile, the UAE embassy in Islamabad in a tweet said “the vaccination certificate of Covid-19 is not considered currently a requirement for travel to the UAE.”

Meanwhile, Emirates Airline has announced that flights to Pakistan, India, Bangladesh and Sri Lanka will be suspended until at least Wednesday, July 21, Gulf media reported.

Anyone who has connected through any of those countries within 14 days will not be allowed to travel to any destination in the UAE.

UAE nationals, golden visa holders, and members of diplomatic missions who comply with updated Covid-19 protocols are exempt and may be accepted for travel.

Anyone whose Emirates flight has been cancelled or impacted by route suspensions because of Covid-19 restrictions can just hold onto their ticket and, when flights resume, get in touch with the airline to make new travel plans.

Tickets booked on or after April 1 will be valid for travel for 24 months.

The National Emergency Crisis and Disaster Management Authority announced that all flights coming from India will be suspended for ten days, starting April 24, 2021. Suspensions have continued since then.

Other airlines, including Etihad, have also confirmed that passengers who have transited through India 14 days prior to their arrival on UAE soil will be denied entry, even if arriving from another country.

On the other hand, Qatar has resumed its visa-on-arrival facility for Pakistani travellers, it emerged on Thursday.

In an alert sent to trade partners, Qatar Airways while quoting Qatar’s immigration policy said Pakistani nationals could obtain a tourist visa valid for 30 days by paying a fee of QAR 100, which can be extended for a similar period.

In order to avail the facility, Pakistani travellers will need a passport valid for at least six months, a confirmed return ticket, polio vaccination certificate and confirmed hotel reservation.

The travellers will also need to be fully vaccinated against Covid-19, with at least 14 days having passed since the last dose, and will have to show a negative PCR test taken within 48 hours prior to the flight.

Previously, UAE had extended a ban on inbound flights from 14 countries including Pakistan till July 21, 2021, the Gulf News reported, citing a notification issued by the UAE’s General Civil Aviation Authority.

In a Notice to Airmen on Sunday, the GCAA said that flights from 14 countries, including Pakistan, will remain suspended until July 21, 2021, due to the coronavirus pandemic.

However, it said cargo flights, as well as business and charter flights, would be exempted from the suspension.

According to the report, the countries facing the ban on flights till July 21 include Pakistan, India, Liberia, Namibia, Sierra Leone, the Democratic Republic of Congo, Uganda, Zambia, Vietnam, Bangladesh, Nepal, Sri Lanka, Nigeria and South Africa.

Earlier on June 19, Dubai had said that an entry ban on those who in the past 14 days had visited India, Nigeria and South Africa would ease from June 23.

According to Reuters, a GCAA representative on Sunday said those travelling from India were still banned from entering the UAE but deferred further comment to the Dubai government. Dubai’s media office did not immediately respond to an emailed request for comment.

Dubai reopened its borders to foreign visitors in July, while Abu Dhabi requires arrivals from most countries to quarantine