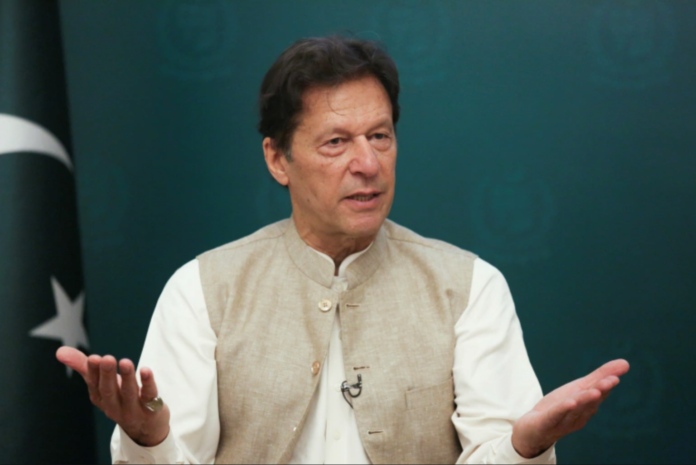 NEW YORK: A ministerial conference of the Non-Aligned Movement has commended the role of Prime Minister Imran Khan for their support to the Palestine dispute.

Founded in 1961, the NAM is a forum of 120 developing world states that are not formally aligned with or against any major power bloc. After the United Nations, it is the largest grouping of states worldwide.

The name of the prime minister was mentioned in a declaration along with those of Saudi King Salman bin Abdulaziz Al Saud, Turkish President Recep Tayyip Erdoğan, outgoing Iran President Hassan Rouhani and South Africa President Cyril Ramaphosa, citing their strong backing to the Palestinians’ struggle for their inalienable rights.

The declaration was unanimously adopted by the conference — held July 13-14 and hosted by Azerbaijan, the current chairman of the 120-member bloc. Azerbaijan Deputy Foreign Minister Araz Beyukaga oglu Azimov presided over the conference.

The declaration also incorporated Pakistan’s position on the right to self-determination, addressing root causes of terrorism, and measures to address the new and emerging threats posed by attacks motivated by xenophobia, racism and others forms of intolerance and discrimination.

In his video statement, Foreign Minister Shah Mahmood Qureshi underscored the bloc’s important role in promoting peace and development and presented concrete proposals to respond to current global challenges, including the coronavirus pandemic.

He also reiterated his deep concern at the continued denial of their right to self-determination to the people of Indian-occupied Jammu and Kashmir as well as Palestine, guaranteed under several UN Security Council resolutions.

He called upon the international community and bloc’s member-states to work for a just, peaceful and expeditious settlement of these conflicts in accordance with the relevant UNSC resolutions and the wishes of the people of the two regions.

Reports citing sources said that India extensively campaigned for the removal of the paragraph lauding the role played by Prime Minister Imran as well as that of the leaders of Saudi, Turkey, Iran and South Africa, but failed because of the strong sentiment prevailing in their favour.

The Indian lobby contended that a “selective listing of individual leaders” was contrary to the bloc’s principles.

After the presiding officer overruled New Delhi’s arguments, India disassociated itself from that declaration and, subsequently, stood isolated when the delegates adopted it.