In search of Afghan peace

It’s not just about Afghanistan, but the BRI 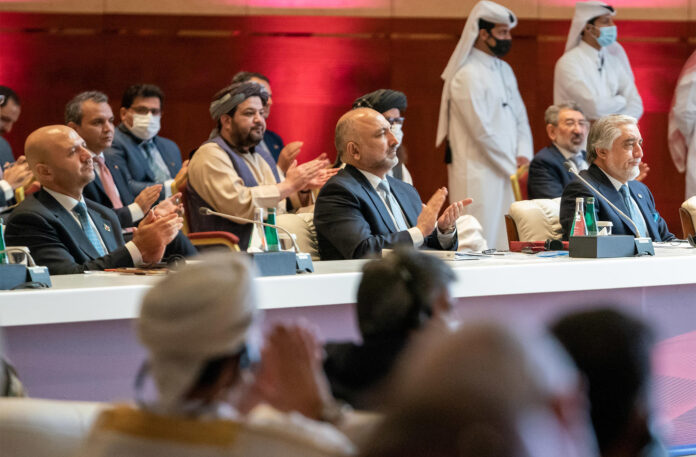 There seems to be an assumption that the Taliban are amenable to persuasion by Pakistan. This would explain the pressure from both the USA and the Afghan government to make the Taliban take part in the final talks which will lead to a post-withdrawal dispensation that will allow the war-torn country to achieve some kind of peace. The problem is that the Taliban are realists enough to deal directly with the Pakistani establishment, rather than the government of the day. The Afghan government shares that characteristic, with the result that COAS Gen Qamar Javed Bajwa has had to visit Kabul to talk to Afghan President Ashraf Ghani, and had to be accompanied by the DG ISI, Lt Gen Faiz Hameed.

However, there have been some worrying developments for Pakistan as the USA prepares for the withdrawal of its own and other NATO forces by September 11, mainly in the shape of a resurgence of militant activity in the tribal areas. That the attacks are coming against Pakistan armed forces indicates that the militants are continuing their war against the USA under the impression that the Pakistan armed forces are a surrogate. This harks back to the struggle of the Faqir Ipi, which straddled the Raj and Pakistan, and perhaps of the Mullah Mastaan, the Mad Mullah of Swat, who fought the Raj at the turn of the century in Malakand.

The Faqir Ipi, whose base was Waziristan and belonged to the Mahsud tribe, is particularly relevant to the present. His readiness to fight Pakistani forces shows he did not buy into the argument that the British had left,and the Pakistan Army was a national army, not an occupying force. It might also be noted that the Faqir Ipi, the Mad Mullah,or the Mullah Powindah (another anti-British rebel from the Waziristan Agencies), were all adopted by the Afghan royal government as Pakhtun nationalist figures.

As a matter of fact, the Faqir Ipi did use the Partition to demand a third option for Pakhtuns, and even set up a short-lived Pakhtunistan in 1947.

While the Pakhtuinistan movement had a support base in the form of the Redshirts after Partition, their political heirs, the ANP, are not inclined to make an alliance with the Taliban.

The recent diplomatic spat over the remarks by the Afghan National Security Adviser should show the reality that the present Afghan government is not so much pro-Indian as anti-Pakistan. As Pakistan has been a friend of its main enemy, the Taliban, and as the Taliban seek to return, presumably with Pakistani support, it is perhaps inevitable that it should seek support elsewhere.

Pakistan probably did not want to be in its current position, but Afghanistan’s proximity has made it of interest to both China and the USA. It would prefer not to have to choose between them, but the dynamics of the BRI, as well as the Afghan settlement, may force it to make a choice. And before that fork in the road, it may have to deal with the militant resurgence that would result from a US withdrawal without an intra-Afghan settlement.

The USA probably realises that the Taliban pay more attention to Pakistan than to it, but as the USA gets the Pakistan government to do what it wants, no matter which party is in power, it should find itself in the comfortable position of being able to call the shots in Afghanistan, no matter who is in power.

There are two problems with that. The first is the Taliban themselves. They are intractable, even prickly. After all, they had to be removed by force. The USA managed to eliminate Al Qaeda, but not the Taliban, who not only survived, but have done well enough against the USA to make it agree to their demand of withdrawal and to be accommodated in the governance structure the USA developed. That hasn’t happened yet, but the USA is still hopeful.

The second problem for the USA will be the Chinese. The USA must contemplate a future in which the Chinese have a voice in Afghanistan. That voice will come through Pakistan and the Taliban. The USA has been closely allied to the USA, but as the USA has won over India, Pakistan has turned even more to China. It would be a mistake for the USA to put Pakistan in the Chinese camp, but if push comes to shove (or is it a matter of when…?), then the USA’s courtship of India might tilt the balance.

It is a common assumption, though overstated if you were to ask the Afghan government, that the impending troop withdrawal will lead to a Taliban takeover. Even if it were true, the takeover would not benefit Pakistan as much as it might seem, because how exactly Indian influence in the country would be excluded is not clear. It should not be forgotten that India has put up funds which would pinch a poor country, and would not like its investment to go down the drain just like that. The anti-Pakistan rhetoric predates even the Soviet invasion, and reflects how Afghanistan considers Pakistan to be the heirs of the British.

A number of new factors have come into the equation if a comparison with the Soviet invasion is made. The biggest is the New Silk Road, China’s Bridge and Road Initiative (BRI), which is manifesting itself in Pakistan through CPEC, the China-Pakistan Economic Corridor. That is the route by which China does what Russia was unable to do through the decades of the Great Game, and its invasion of Afghanistan; access to the warm waters of the Persian Gulf. China will be able to import oil from the Gulf through CPEC, make goods and export them to Europe through the New Silk Road and the BRI. Afghanistan plays a key role in the New Silk Road, and thus it must be settled so that it can be an entrepôt.

Because of this crucialness, both Russia and the USA are interested. Russia is not just a destination for Chinese exports; it is also the site of much of the BRI. The USA is interested because of its ‘Look East’ strategy. It should not be ignored that Chinese interest in the South China Sea is mostly (but not wholly) because so much of its imports flow through there. Gwadar provides a bypass.

Another bypass will be Chabahar, which China will be developing after India dropped out. Chabahar was also intended to service Afghanistan, and bypass Pakistan as the route for Indo-Afghan trade. If Afghanistan is to develop as an entrepôt for trade with China, it is not enough for it to be surrounded by ports and highways. It itself must be settled.

Pakistan perhaps does not see itself as a major player on the New Silk Road. Though its positioning is crucial to the success of the BRI, that is perhaps not what is meant by the new mantra, geoeconomics, rather than geostrategy. There is an impression that geoeconomics is not meant so much for Pakistan to play an enhanced role in the BRI, as to engage in more trade with India, which would also mean settling outstanding issues with it. That would obviously be something that the USA would like, as it would make one long-standing ally make up with the new regional policemen. The fly in the ointment, which might make a dealbreaker for Pakistan, is that the settlement is not to be fair, but on Indian terms. With an Indian BJP government espousing the Hindutva cause, those terms are unknown, but they are unlikely to be such as could accepted by Pakistan.’

Pakistan probably did not want to be in its current position, but Afghanistan’s proximity has made it of interest to both China and the USA. It would prefer not to have to choose between them, but the dynamics of the BRI, as well as the Afghan settlement, may force it to make a choice. And before that fork in the road, it may have to deal with the militant resurgence that would result from a US withdrawal without an intra-Afghan settlement.