FATF: A tool to coerce Pakistan to toe the US line

Meant to beat Pakistan over the head 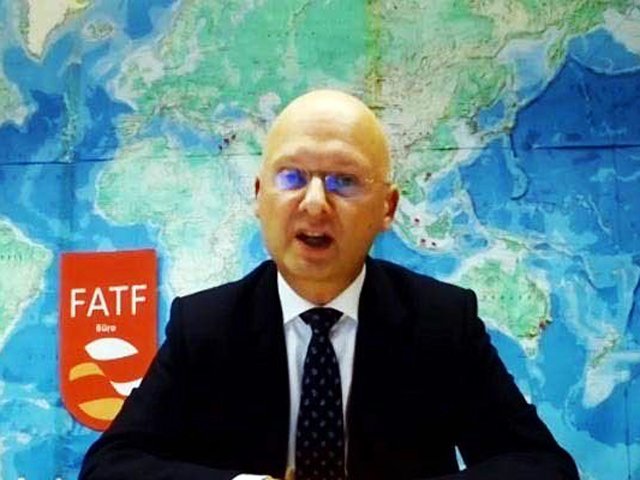 One hurdle to meet the FATF conditionalities was to have a permanent mechanism to nab and prosecute the offenders. Pakistan’s federal cabinet has already approved a new set of rules to amend the Anti-Money-Laundering (Forfeited Properties Management) Rules 2021 and the AML (Referral) Rules 2021. Thus, the Pakistn government is now all set to set to introduce new rules on forfeiture, management and auction of properties and assets relating to Anti-Money Laundering (AML) cases and transfer of investigations and prosecution of AML cases from police, provincial anti-corruption establishments (ACEs) and other similar agencies to specialised agencies to achieve the remaining benchmarks of the Financial Action Task Force (FATF).

These rules and related notifications for certain changes in the existing schedule of Anti-Money Laundering Act (AMLA) 2010 would come into force immediately to be followed by appointment of administrators and special public prosecutors for implementation.

These legislative steps would help the FATF determine whether Pakistan has complied with three outstanding benchmarks, out of 27, that blocked its exit from the so-called grey list in February this year. The FATF has planned several meetings in the second week of June, ending in the FATF plenary on June 21-25.

The three outstanding action points (out of total 27) include (i) demonstrating that terrorist financing (TF) investigations and prosecutions target persons and entities acting on behalf or at the directive of the designated persons or entities; (ii) demonstrating that TF prosecutions result in effective, proportionate and dissuasive sanctions; and (iii) demonstrating effective implementation of targeted financial sanctions against all designated terrorists, particularly those acting for them or on their behalf.

Within the framework of the amended rules, the Pakistan government would appoint dozens of administrators with the powers to confiscate, receive, manage, rent out, auction, transfer or dispose of, or take all other measures to preserve the value of, the properties and perishable or non-perishable assets (including those at godowns, maalkhanas or any other place) to be confiscated under the AML 2010 rules or court orders pursuant to proceedings under AMLA 2010.

An adequate number of special public prosecutors would be appointed for the Anti-Narcotics Force and Counter Terrorism Department (CTD), besides a separate panel of lawyers for customs and the Internal Revenue Service of the Federal Board of Revenue. Also, law officers not below the rank of assistant director legal would be appointed for the FIA and special public prosecutors for NAB.

Pakistan also has to issue “National Policy Statement on Follow the Money (NPSFM)”. Through this statement and rules listed above, Pakistan’s compliance with FATF recommendations in Post Observation Period Report (POPR) would further improve with corresponding enhancement in the ratings or effectiveness of the FATF’s relevant Immediate Outcomes. Pakistan’s POPR would be reviewed by the FATF’s Asia-Pacific Joint Group (A-PJG), and based on the report of this group, the FATF would decide a further course of action on Pakistan’s progress on the POPR in its plenary scheduled in June 21-25, 2021.

The NPSFM commits Pakistan to tackling money laundering and terrorist financing as a matter of priority during investigations, prosecutions, and subsequent confiscation in all money laundering, terrorism financing and high-risk predicate crimes by adopting a universal approach to combating money-laundering and terror-financing through generating sound and effective financial intelligence reports for the law enforcement agencies and maintaining risk-sensitive anti-money-laundering  regime to enhance cooperation and coordination amongst such  stakeholders both domestically and internationally.

India has a much larger Gross Domestic Product ($2875 billion, 2019),  than Pakistan’s $264 billion (2020).India has a much larger and wealthier diaspora than Pakistan, particularly in the Middle East and the USA. The hawala and other money transfer practices among Indians and Pakistanis are similar. Yet the FATF keeps Pakistan always in focus and looks the other way when it comes to India.

Further, it would ensure a transparent, robust and efficient approach to investigating money laundering and terrorist financing and to the seizure, confiscation and management of criminal assets by supporting relevant agencies in cooperatively achieving this goal.

The Asia Pacific Group (APG) on Money Laundering has improved Pakistan’s rating on 21 of the 40 technical recommendations of the Financial Action Task Force (FATF) against money laundering and terror financing, but retained it on ‘Enhanced Follow-up’ for sufficient outstanding requirements.

The second Follow-Up Report (FUR) on Mutual Evaluation of Pakistan released by the APG— a regional affiliate of the Paris-based FATF— also downgraded the country on one criterion. The report said Pakistan was re-rated to ‘compliant’ status on five counts and on 15 others to ‘largely compliant’ and on yet another to ‘partially compliant’.

“Overall, Pakistan has made notable progress in addressing the technical compliance deficiencies identified in its Mutual Evaluation Report (MER) and has been re-rated on 22 recommendations,”.

It said recommendations 14, 19, 20, 21 and 27 had been re-rated to comply. These pertain to money or value transfer services, higher risk countries, reporting of suspicious transactions, tipping-off and confidentiality and powers of supervisors.

The APG said Pakistan was re-rated to largely compliant with 15 recommendations— 1, 6, 7, 8, 12, 17, 22, 23, 24, 25, 30, 31, 32, 35 and 40. These include assessing risk and adopting a risk-based approach, targeted financial sanctions relating to terror and terror financing, targeted financial sanctions related to proliferation, non-profit organisations, politically exposed persons and reliance on third parties.

Also, re-rating was done on designated non-financial business & professions (DNFBP) in terms of due diligence and other measures, transparency in beneficial ownership of legal persons and related legal arrangements, responsibilities of law enforcement and investigation authorities, cash couriers, sanctions and other forms of international cooperation.

Another re-rating to partially compliant status was done on recommendation 28 about regulation and supervision of DNFBPs. The two recommendations on which Pakistan was downgraded to ‘non-complaint’ were 37 and 38 and pertained to mutual legal assistance (MLA) with other countries and freezing and confiscation of assets and accounts.

The managers of financial institutions in Pakistan are implementing the FATF conditions  without understanding their purpose. They are harassing honest investors. For instance, the manager of the national Saving Centre Poonch house Rawalpindi refuses to issue an investment certificate  unless the applicant submits a host of documents. These documents include a current bank statement, source-of-income certificate besides biodata, along with a passport-size photograph. They call for the documents even if the applicant submits a cheque on his 40-year-old bank account.

The Financial Action Task Force has ostensibly noble objectives. It provides a ‘legal’, regulatory, framework against money-laundering. It aims at identifying loopholes in the prevailing financial system and plugging them. But, it has deviated from its declared objectives. It has became a tool to coerce countries, accused of financing terrorism or facilitating money-laundering. FATF is more interested in disciplining a state like Pakistan, not toeing US policies, than in checking money-laundering. The tacit message is that if Pakistan does not toe the USA’s  Afghan policy, and lease out air bases for drone attacks, then it will remain on the FATF grey list.

The consequences of being in the grey list may entail economic sanctions and difficulties in obtaining loans from international donors like the IMF, World Bank and ADB. The trade-and-aid difficulties may retard economic progress.

India has a much larger Gross Domestic Product ($2875 billion, 2019),  than Pakistan’s $264 billion (2020).India has a much larger and wealthier diaspora than Pakistan, particularly in the Middle East and the USA. The hawala and other money transfer practices among Indians and Pakistanis are similar. Yet the FATF keeps Pakistan always in focus and looks the other way when it comes to India.

Pakistan is a bête noire and India a protégé at the FATF only because of stark geopolitical interests. Otherwise the money laundering situation in India is no less gruesome in India than in Pakistan. India has even been a conduit of ammunition to the Islamic State, according to a study by the Conflict Armament Research which confirmed seven Indian companies were involved in the supply chain of over 700 components, including fuses or detonating cords, used by the Islamic State for IEDs.