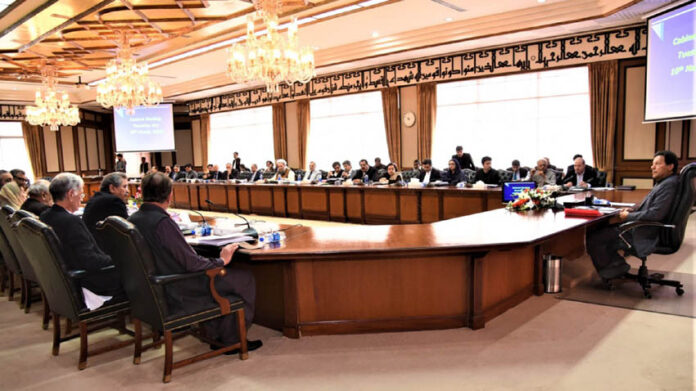 ISLAMABAD: The Pakistan Tahreek-e-Insaf-led government is all set to present the federal budget on June 11 with a likely total outlay of Rs8 trillion.

Prime Minister Imran Khan has summoned a special session of the federal cabinet on Friday to approve the finance bill for the fiscal year 2021-22.

Tarin will also present the budget papers and Finance Bill 2021 in the cabinet meeting. The special cabinet meeting will give approval for the federal budget and bill.

According to sources, the federal cabinet will make a final decision regarding the increase in salaries of government employees. The special cabinet session will also give approval for subsidy on utility stores and electricity for the next year.

The source claimed that the government has proposed a Rs1,330 billion defence allocation while Rs3,105 billion are to be earmarked for interest payments.

The gross domestic product growth target has been set at 4.8 percent in the budget 2021-22.

The Federal Board of Revenue’s tax collection target for the forthcoming fiscal year are likely to be set at Rs5,829 billion.

The sources added that the government has projected export target at $26.80 billion while import at $55.30 billion.

The government is likely to pitch the current account deficit target at $2.30 billion in the budget 2021-22 while foreign remittances are likely at $31.30 billion. It plans to earmark Rs994 billion for various grants while Rs501 billion for subsidies.