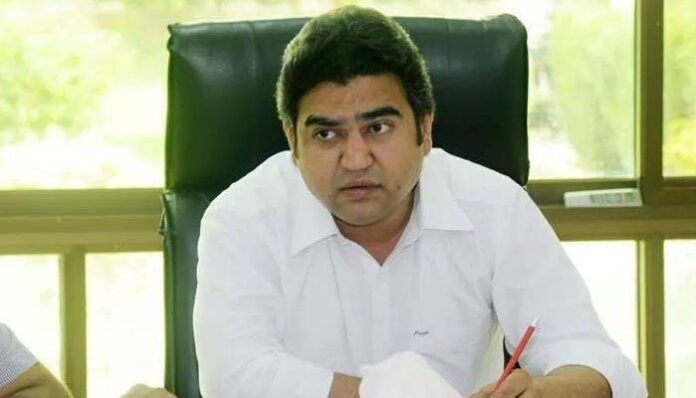 LAHORE: PML-N MPA Mian Naveed Ali was arrested from outside the premises after the Lahore High Court cancelled his protective bail in a case pertaining to manhandling Pakpattan assistant commissioner.

Justice Shehram Sarwar cancelled a request for bail extension filed by the lawmaker and his father Rana Ahmed Ali.

Pakpattan city police registered a case against the MPA, his father and six others in November for abusing and kidnapping Assistant Commissioner Khawar Bashir who raided a marquee and imposed a Rs50,000 fine on it for violation of the law.

The FIR said Ali abused and threatened the civil servant with dire consequences.

The security staff of the civil servant called up the police and meanwhile, the MPA drove the official to the city police station and sped away after dropping him.

Meanwhile, a district and sessions court in Lahore extended the judicial remand of PML-N MP Mian Javed Latif until June 2.

Judicial Magistrate Sabir Hussain ordered the investigation officer to submit a challan on the next hearing.

However, the detained PML-N leader was produced due to fears of breach of the coronavirus-related standard operating procedures. His warrants were dispatched to the court from the jail instead.

A large number of PML-N workers gathered at the court to express solidarity with the MP.