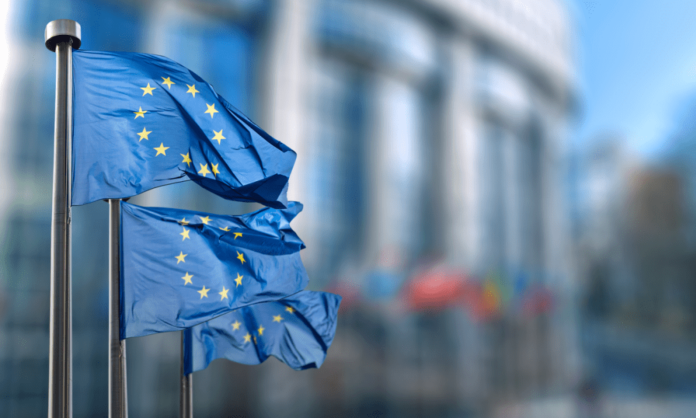 The European Union has drafted the Digital Services Act (DSA) that is considered a document that is contrary to the basic right of freedom of expression ensured by democratic norms because this Act will empower social media operators to choose what content they deem permissible or not through notice-and-action mechanisms.

The DSA is a legislative proposal by the European Commission submitted to the European Parliament and the European Council on 15 December 2020. European Digital Rights fears that the DSA’s strong illegal content removal requirements will create a chilling effect by incentivizing companies to remove all content flagged as illegal, whether or not it actually is illegal.

Europe is going through a changed period where France introduced a law to compel social media operators to take down hateful content flagged by users within 24 hours. However, the French Constitutional Council a month later struck down most provisions of the law as they were deemed unconstitutional, for violating freedom of speech.

Famous European writer David Hutt said that the Network Enforcement Act of Germany requires social networks to remove content that infringes on hate and defamatory speech. What is defamatory? That is of course would be decided by the government. Such laws can blur the right of freedom of speech and expression in Europe.

When EU countries are thinking to impose indirect bans on the right of expression, the Czech Republic is an exception where the debate is opposite because Czechs consider that controlling social media is an act disrespecting EU’s Charter of Fundamental Rights and an act compromising the future of democracy.

We should remember that global monitoring agency vpnMentor in the year 2017 said that the Czech Republic had one of the lowest rates of internet censorship in the world. This fact creates a desire to understand that why do Czechs respect the right of expression so much and why they are interested to know and respect “the Opposite”.

The independence of the Czech Republic was not the outcome of only the Velvet Revolution, rather resilient Czechs had been fighting for their identity and freedom for many centuries and used the Theatre and Literature as two major tools to keep their language and culture alive, and they know that freedom of expression is the most important gift one enjoys under independence and democracy. Czechs respect democracy because they had been fighting against subjugation for centuries, first under the Austro-Hungarian Empire and then under the former USSR. Czechs love democracy and the right to freedom of expression and believe that democracy is not achievable without freedom of expression.

If someone reads the history of Czech theatre and culture, one can understand the freedom of expression is very important for every citizen of the Czech Republic. Even under the extreme subjugation of Austro-Hungarian and Soviet rules, Czechs did not stop fighting back for expressing their dissatisfaction against the foreign rules and used the theatre of the absurd, mimes, and other techniques to express themselves.

On the night of August 21-22, 1968, the former USSR invaded Czechoslovakia when 200,000 troops and 2,000 tanks entered the country and Czechoslovak forces were confined to their barracks, which were surrounded until the threat of a counter-attack was over. In April 1969, the USSR started a phase of “Normalization” that was actually a reversal of all reforms and freedom of the press and retrogressive for the Czech land to 1948 Soviet invasion.

However, the resistance movement did not die and former students from Prague, intellectuals, and theatre practitioners who were able to escape outside the country continued to advocate for human rights, freedom of speech. Since Czech theatre had been matured under subjugation but never bowed down in front of invaders therefore it found unique ways to survive post-Prague Spring repression and for the next two decades, it operated in the provisional spaces of culture houses, studios, gymnasiums, bars, trade union halls, art galleries, and living rooms. Strategies were devised and implemented to bring freedom back to the theatre and society.

A strong sense of justice and ethics intensified the mutual commitment of theatres and audiences, leading the way to the Velvet Revolution of 1989 and the installation of a playwright as the first President of the independent Czech Republic. The underlying need to explore the peculiar realities of Czech character and Czech history formed the single most consistently present element in all these plays. Such realities included the memories of repeated defeats, humiliations, or simply mistaken choices, all of which led to life under various forms of subjugation including the loss of the First Republic at Munich, 1938, and the years of Nazi occupation; the Communist takeover of the postwar Republic, 1948, and the subsequent Stalinist era; the Soviet intervention and suppression of Socialism with a Human Face, in 1968, and the following bleak era.

One can say that Czech theatre kept on survival mode during a slow revival of theatre by performing those Soviet plays that were critical of problems in their society, in effect prepared the way for the Czechs themselves to initiate tentative modifications of their play-it-safe repertoires. In the 1980s, the technique of “irregular” dramaturgy was opted by theatre practitioners as a tactical move for creating difficulties for authorities in monitoring their vague and informal communication with the audience remained an important feature of the performance, whether that communication was verbalized or not. Music became a significant component of theatre, often performed by the actors themselves, as did mime and dance, or sheer physical byplay among the performers or with the audience.

Czechs gave a very cost for freedom of expression therefore they hate words like “Censor” or “Ban”.

There is a popular proverb in the Czech language that says:

Critical views and opposite thoughts are healthy approaches for society because the absence of criticism is like a situation when the cat is not home, the mice have a party.

Note: The writer Shazia Cheema is an analyst writing for national and international media outlets. She heads the DND Thought Center. She did her MA in Cognitive Semiotics from Aarhus University Denmark and is a Ph.D. Scholar of Semiotics and Philosophy of Communication at Charles University Prague. She can be reached at her: Twitter @ShaziaAnwerCh  Email: [email protected]