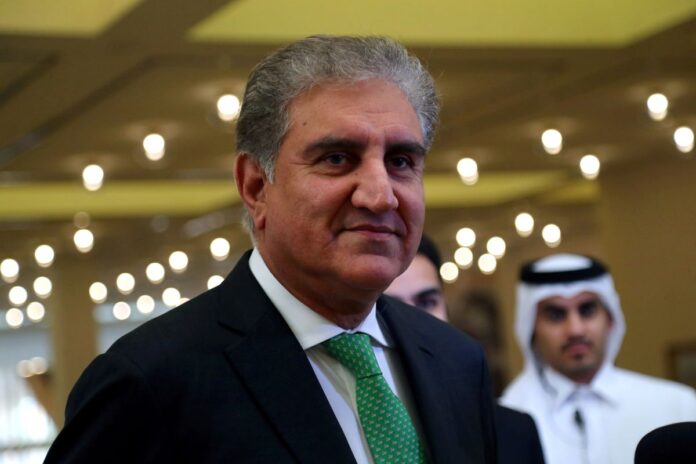 ISLAMABAD: Foreign Minister Shah Mahmood Qureshi has called the brutal use of force by Israel against Palestinians flagrant violation of international law.

Addressing the virtual emergency meeting of the Organisation of Islamic Cooperation (OIC), Qureshi urged the international community to protect Palestinians against blatant use of force and flagrant violations of human rights by Israel.

He urged the world community to urgently intervene to stop Israeli atrocities against the civilian population in Gaza adding that the bombardment in Gaza must be stopped forthwith.

While expressing solidarity with the Palestinians, he said that they are valiantly fighting for their legitimate rights.

The minister said that Israel’s crimes against humanity should not escape accountability and there should be no impunity for Israel’s violation of international law and the various human rights treaties.

Qureshi said that the Muslim countries must exhibit strong solidarity and support for their Palestinian brothers and sisters.

He reiterated Pakistan’s resolve to remain ready to join hands with other OIC countries in any move to stop the ongoing bloodshed, and restore human dignity and human rights of the Palestinian people in the occupied territories.

He reiterated Pakistan’s support for the Palestinian people in their just struggle to secure legitimate rights, particularly their inalienable right to self-determination.

The foreign minister also reaffirmed Pakistan’s support for a two-state solution with the pre-1967 borders, and Al-Quds Al-Shareef as the capital of an independent state of Palestine.