CITY NOTES: The new kid on the block 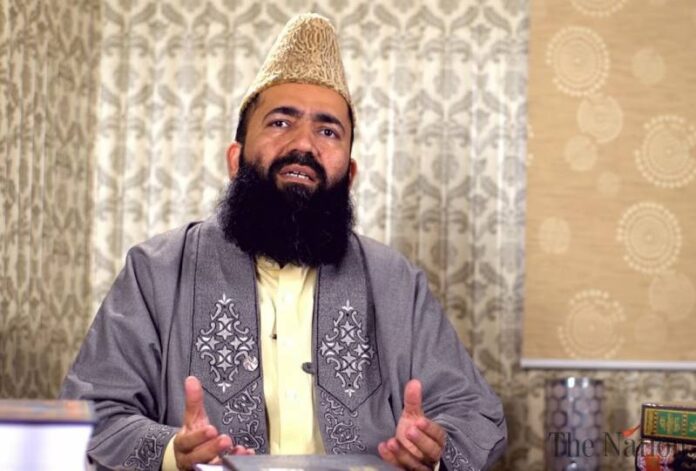 The new chairman of the Ruet-e-Hilal Committee, Maulana Abdu Khabeer Azad, could not really have had a more inauspicious start to his tenure, with a late-night announcement of Eidul Fitr, on the basis of sightings intimations received late. Instead of being grateful that he had saved us from fasting on the Eid, there were a lot of worries that he had made us miss Eid when we should have been fasting.
The committee had been set up to avoid just such a situation. My father told me of the day when he had eaten sehri, and while going to college, he heard the local khateeb announce that he had heard of a moonsighting, and was breaking his fast, and it was Eid, and Eid prayers would be held in a short while.
All those who got up for sehri found out, but a lot of sleepyheads only found out on Thursday morning that it was Eid, not another day of sneaky eating. I think it has to do with the shambolic nature of the regime. You’ve got the distinguished religious scholar Mufti Fawad Chaudhry angered that his app was not being used, even though he knew the Eid moon couldn’t be seen.
One view was that the government wanted to avoid Eid falling on a Friday, hence the late-night announcement. I don’t really think so, for that myth gained currency from the fact that rulers once personally preached sermons,so preaching two would be a hassle. But Imran would not have preached a single one.
Another belief is that Imran wanted to please Saudi Arabia by syncing Eid with it. I’m not sure that’s the best way to get into Saudi good books these days. I personally think Imran’s wife was fasting. I’ve noticed that under some rulers, you never go beyond 29 fasts, while with others, you can go to 30, no problem. That means that some rulers probably fasted, some didn’t. Rulers who fasted could bow to the divine decree themselves, and do 30, but if their wives fasted, they would make pretty sure that the Ruet chairman knew of their preference for 29.
One way out would be to go by the sighting of any Muslim anywhere. The problem means that you have to rule out a place. Which means that it you want to rule out San Francisco, you’ll have to wait until they’re past sunset. That would mean waiting until around 9 am in Jakarta in summers to be sure. The khateebs of Jakarta would probably not just have to break the fast, but announce that they would be having Eid prayer a little late, but in a hurry.
But it was Maulana Azad’s bad luck that the Eid was not just sadder because of the pandemic, but also because of Palestine. It’s not that Gaza has not been under attack before, but this time it’s because the cause was a raid on Al-Aqsa by the Israeli police. And here we have Punjab Higher Education Minister Murad Raas wondering what the Palestinians were still fighting with stones, and had not got weapons. What had they done with all of that aid money, he asked righteously.
Frankly, I’m a little confused. Does he mean that NAB should go in after the Palestinians? It’s really simple. It’s mostly Nawaz Sharf’s fault for embezzling that money. The rest is Asif Ali Zardari’s fault. And second, why was Murad left to deliver the message, and why was Faisal Vawda overlooked. He would probably favour kicking the Palestinian leaders until they coughed up weapons. And Imran demonstrated his commmiitment to the Palestinian cause by talking to Mahmoud Abbas, the Palestinian president, even though he might be a corrupt element; while not ready to talk to corruppt fellow ctizens.
I’ve noticed how PTI stalwarts are pushing the line on social media that Palestinan rockets are excellent. I wonder why this need is being felt to claim that Palestinians are well-armed. Is it a desire to say that there’s no need to send them any reinforcements. There’ve been some calls for Pakistani forces to go there. Totally unjustified, of course. Palestine has been reduced from a Muslim problem, to an Arab one, and now just a Palestinian one.
Footnote to the notes: I see that transport has been re-opened, probably in the forlorn hope that government offices will reopen on Tuesday. Fat chance. People have already taken a casual leave for Monday, and will miss Tuesday because they’ll leave The Village at the last possible moment on the morning, reaching Lahore to late for office or school.