A nervous government at the centre 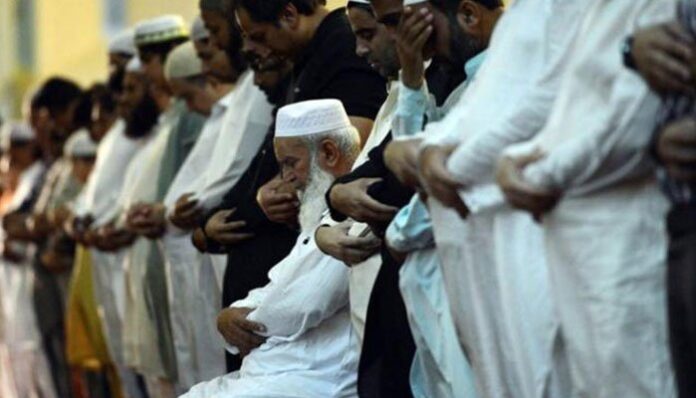 A belated Eid Mubarak to our readers! But even at the risk of being branded a cynic, there was nothing much to celebrate.

The sombre atmosphere pervading the country was not unexpected in the wake of the rampant Covid-19 pandemic. The strict SOPs (standard operating procedures) put in place for Eid holidays obviated any kind of social interaction between family and friends.

But what was really shocking was the haphazard and shoddy manner in which Eid was announced as late as 11:30pm on Wednesday evening.

Hitherto, the message emanating through the electronic media was clear: there was no moon in sight. The maulanas of the Ruet-e-Hilal committee were in unison on the matter.

The only exception was the enigmatic information minister Fawad Chaudhry. The minister since formerly holding the portfolio of science and technology seems still fixated upon moon-sighting. He was harping on the theme that the Ulema were trying to locate a moon that did not exist.

In this atmosphere of utter confusion-worst confounded by the government itself-the citizenry late at night was duly convinced that Eid was to fall on Friday.

But suddenly like a bolt from the blue it was announced that tomorrow (Thursday) will be Eid day. This threw into utter disarray any plans for Eid that families were left with.

In the absence of any credible  empirical evidence, the popular theory doing the rounds was that Eid was foisted on the nation a day earlier simply to avoid  a ‘two khutbahs (sermons) situation’ on Friday. According to anecdotal information, it is popularly considered that the sermons are ‘bhaari’ (literally meaning heavy) for the government in power or the powers that be.

It is narrated that during the late field marshal Ayub Khan’s decade long tenure, the Eid moon was once sighted as such that Eid was to fall on a Friday. To obviate that possibility, the late dictator declared Eid on Thursday.

Led by founder of Jamaat-e-Islami (JI) Maulana Maududi the Ulema were in revolt. Resultantly, the JI chief was arrested and Eid was celebrated as per Ayub Khan’s command.

Whether Khan is such a superstitious person remains a moot point. However, the discreditable manner in which the Eid matter was handled amply demonstrates that this government is quite capable of beating its own record for incompetence.

Post Eid, it seems business as usual: a more acrimonious and confrontational tug of war between the ruling coalition and the opposition is on the cards. Similarly, the combined opposition parties in the form of PDM (Pakistan Democratic Movement) are scheduled to meet tomorrow to sort out its own intra-party differences.

Whether and when to go for the long planned en masse resignations and the ‘long march’ is a Hobson’s choice for both PML-N and the PPP. The latter, it’s government quite secure in Sindh would rather prefer to go for a no- confidence move against numerically vulnerable the PTI-led weak and insecure governments at the centre and Punjab.

Obviously the PML-N wants the whole piece of pie at the Punjab and Federal level. Buoyed by its recent successes at the by- elections, the Sharifs perhaps really feel that the PTI governments are sitting ducks. The only dilemma facing Khan is the threat being felt from Shahbaz Sharif since his recent release on bail by the full bench of the Lahore high court, absolving him of money laundering charges.

The prime minister is so miffed by Sharif’s release that he has really gone out of his way in a concerted bid to stop him from traveling abroad, ostensibly for medical treatment. According to some in Khan’s inner circle, there is a school of thought that the younger Sharif unlike his elder brother is now acceptable to the ubiquitous establishment.

It is speculated that one of the real reasons Sharif was keen to meet ‘bhai jan’ in London was to convince him of the game-plan he had chalked out in consultation with his interlocutors. Hence the visible nervousness within the Khan camp.

The panic button has been pressed to the extent that a long-closed case regarding money laundering by the Sharifs, that of Hudabia Paper Mills, has been revived in unholy haste. Similarly, efforts are afopot to put Sharif on the ECL (exit control list) as per recommendation of the relevant cabinet committee.

Unlike his predecessors, Khan has learnt nothing from history. Unfortunately, the self-professed ‘tabdeeli Sarkar’(harbinger of change) is, to quote from the French writer Jean-Baptise Alphonse: “the more things change they remain the same.”

In pursuit of diplomatic settlement in Afghanistan

With the US mission in Afghanistan ending on August 31 and no respite in sight to the Afghan Taliban’s military advance, Russia has announced...
Read more
Editorials

While Pakistan is menaced by a fourth wave of the Covid-19 pandemic, caused by the delta variant of the virus, the federal and Sindh...
Read more
Letters

The National Command and Operation Centre (NCOC) announced on Wednesday that coronavirus vaccines will be mandatory for all public and private sector employees, adding...
Read more
Letters

The number of fatal accidents have been increasing in our country. Just a few days ago, I witnessed a car accident near my house....
Read more
Letters

It is a common fact that women are being demotivated and abused by every individual everywhere and especially in Pakistan. Pakistan is such a...
Read more
Letters

After 9/11 the Taliban and America controversy became the most serious issue in the world. When the American army took part in Afghanistan to...
Read more

July 31, 2021
ISLAMABAD: A grisly murder in the heart of Islamabad involving families from the privileged elite has dominated headlines for the past week, stirring national...

BCCI ‘threatening’ me to prevent me from playing Kashmir Premier League: Gibbs

‘The war has changed’: Top US health body calls for new response to Delta variant