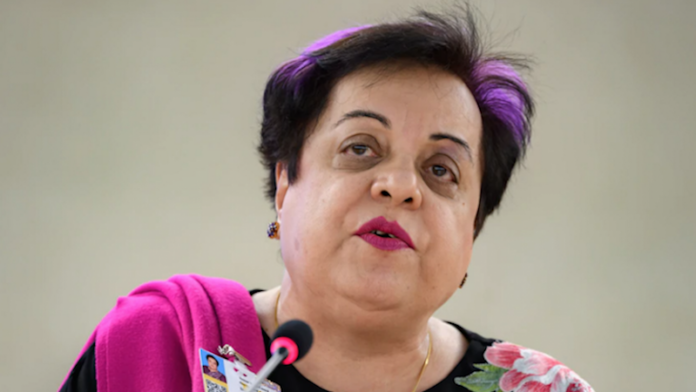 ISLAMABAD: Federal Minister for Human Rights Dr Shireen Mazari has taken exception to UN Secretary General Antonio Guterres for calling the current violence in the Middle East a “conflict,” saying it is instead a “massacre”.

“With respect honourable SG (secretary general) this is not a conflict but a massacre by an occupation power and UN needs to enforce its responsibility to protect the Palestinian people against Israel’s state terrorism,” Mazari said on Twitter on Saturday.

“Remember Ch (charter) VII of the UN Charter!” she added, referring to a section of the document allowing for the UN Security Council to determine the existence of any threat to the peace, or act of aggression, and to take military and non-military action to restore international peace and security.

On Friday, Guterres called for “de-escalation” and “cessation of hostilities” in Gaza and Israel.

“I appeal for an immediate de-escalation and cessation of hostilities in Gaza and Israel. Too many innocent civilians have already died. This conflict can only increase radicalisation and extremism in the whole region,” he said in a tweet.

Israeli attacks on the blockaded Gaza Strip killed eight more Palestinians early Saturday, bringing the death toll to 139, along with 950 injured, according to Gaza’s health ministry. Six children and two women were killed by Israeli forces in the latest attack on a residence.

Tensions have been running high in the Sheikh Jarrah neighbourhood of East Jerusalem and at the Al-Aqsa Mosque since the holy month of Ramazan, as Israeli forces and settlers assaulted Palestinians.

Tensions spread from East Jerusalem to Gaza after Palestinian resistance groups there vowed to retaliate against Israeli assaults on Al-Aqsa Mosque and Sheikh Jarrah if they were not halted.

Israel occupied East Jerusalem, where Al-Aqsa is located, during the 1967 Arab-Israeli war. It annexed the entire city in 1980, in a move never recognised by the international community.