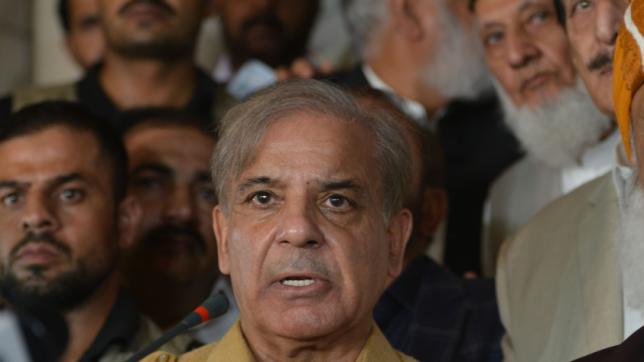 ISLAMABAD: With the federal government’s decision to conduct a fresh probe into the Hudaibiya Papers Mill case against the Sharif family, Pakistan Muslim League-Nawaz (PML-N) has started efforts to launch an anti-government campaign soon after Eidul Fitr.

Sources in the PML-N told Pakistan Today that Opposition Leader in the National Assembly Shahbaz Sharif has made telephonic contacts with PML-N fugitive leader Nawaz Sharif and Pakistan Democratic Movement (PDM) chief Maulana Fazlur Rehman and said that his party was ready for the anti-government campaign.

According to sources, the three leaders consulted on key points and agreed on the need to send Prime Minister Imran Khan government packing. The trio also decided to accelerate the political campaign after Eid.

A source said that Shehbaz, who was reluctant to launch a campaign against the Pakistan Tehreek-e-Insaf (PTI) government, now is ready to play a central role in the anti-government movement.

“It has been decided that PDM chief Maulana Fazlur Rehman will hold meetings with the leaders of all the parties in the opposition alliance after Eid and efforts would be launched to add as many opposition parties as possible to ensure a national campaign against the government,” the source said.

The source also said that the trio also decided to make a last-ditch effort to take along the Pakistan People’s Party (PPP) and a meeting of the steering committee of the PDM would soon be held to discuss inviting Awami National Party (ANP) and the PPP.

“In case of settlement of issues, PPP and ANP will be invited to the PDM leadership level meeting,” the sources added.

Meanwhile, PPP senior leader Senator Yousaf Raza Gillani has also hinted at the unity of the PDM. Speaking to the media, Gilani has said that things could improve if Maulana Fazlur Rehman took all opposition along. He said that Bilawal Bhutto-Zardari will visit Punjab after Eid.

Gillani said that the PPP has always respected the courts and one should not criticise the court decisions.

“We should not talk about the deal after the court decision,” he added.

“I do not know that I may also be either on the blacklist or the ECL [Exit Control List]. I was stopped at the airport last year the same way and the airport authorities said your name is on the ECL,” he asserted.

PML-N spokesperson Marriyum Aurangzeb has also condemned the government’s decision to conduct a fresh investigation into the Hudaibia case.

“By ordering a new investigation into Hudaibia case, Imran Khan has admitted that all the NAB cases against Shahbaz Sharif were fake including Saaf Paani, Multan and Lahore Metro Bus cases, and the assets beyond known means of income – all cases were just political revenge against Sharif family,” she said.

Criticising the live phone calls of Prime Minister Imran Khan, Marriyum challenged the premier to take her live call on TV channels. She said that a live call show is nothing more than “a government drama” and 15 people in the Prime Minister’s House were seated in a van to stage the drama.

Criticising the prime minister’s visit to Saudi Arabia, the PML-N spokesperson said that the visit was a failure and the PM could only bring back sacks of rice from Saudi Arabia.

“Did Imran Khan go to Saudi Arabia to buy rice? Thousands of new loans were taken but not a single development project initiated. People are asking how inflation has gone up to 17 per cent, sugar and wheat flour were first exported then imported back. People are asking for economic growth. How did the rate go down to negative,” she argued.

She further alleged that PM Imran is a “facilitator” of all mafias who have violated the constitution and there is no punishment for him.

Facebook
Twitter
Linkedin
WhatsApp
Email
Previous articleNine children among 26 killed in Israel airstrikes in Gaza
Next articleUS urges Afghanistan, Taliban to work together against IS