On dispensation of justice

As the rich purchase the vehicles of justice, the poor languish in the dark dungeons 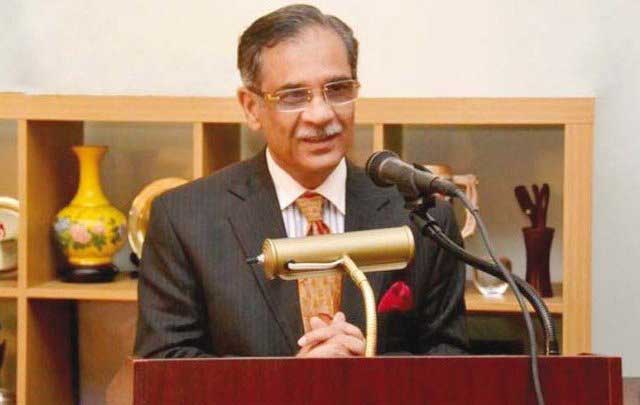 “The ultimate goal of the political elite is to privatise the air. So as not to destroy their own edifice of democratic compassion, they will make provisions for the sick and the poor. Air will be rationed by a privatised bureaucracy and only those who complete a series of stringent means tests will be allowed a breath freely. If this sounds like untenable dystopian sci-fi, you haven’t been paying attention. In the 17th century, Dean Jonathan Swift satirically proposed that the impoverished Irish might ease their economic troubles by selling their children as food for rich gentlemen and ladies. Many lords in Westminster at the time took this as a sign that an Irish voice was finally speaking sense. The descendents of these Lords still stalk the corridors of power today. Never underestimate the callousness of the hereditary madness of the ruling class.”

I thought calling the current events disastrous would suffice to underline their gravity. But, no, that is too mild a description to capture even a modicum of the dastardly grossness in which we seem to be enveloped as a matter of everyday routine. These weird happenings not only diminish the value and meaning of life; it is virtually slaughtered into bits and pieces to be scattered around as crumbs for the hungry vultures to swallow.

This last Friday, I wrote about the ‘colonial legacy’ of our bureaucracy which, in spite of the drastically altered circumstances, it is not willing to shed simply to ensure protection and advancement of their larger-than-life persona which has kept nibbling away at the state, reducing it to a haunting shadow of its real self. But the lust and appetite for more do not diminish. In fact, they increase with the scent of distant flesh as the fangs drip with anticipation of a lifeless prey falling at their feet.

In King Lear, it is Earl Gloucester who cries out thus: “In th’ last night’s storm I such a fellow saw, which made me think a man a worm”. And then a note of helplessness a little later: “As flies to wanton boys are we to the gods, they kill us for their sport”. This marks an anguished confession of one’s weakness in an uneven match. But there are occasions when discrimination is assiduously created among people not only as a reflection of sickening regression, but portraying a mindset which cannot see beyond its own profit. Such is the bounteous perversion that we have acquired in abundance and which we are wont to using aplenty.

The larger domain of judicial reckoning does not present a healthy picture either. The recent injunction by the 10-member SC bench in the matter of Justice Isa has taken further gloss off the face of an institution which is reckoned as one of the three pillars on which the edifice of the state stands. Holding a judge to account now seems an improbable prospect.

Shahbaz Sharif has a number of serious cases pending against him. More so, throughout his brief confinement within luxurious surroundings, he remained totally unwilling to cooperate with the NAB in responding to questions. Now that, after considerable number of hearings, the cases against him seemed to be nearing their end, most probably with his conviction, he was first granted bail and then, a few days later when he applied for permission to proceed abroad for ‘treatment’, he was given the freedom within less than 24 hours. Lest we forget, he is the same Shahbaz Sharif who had submitted an undertaking to “ensure the return of my brother Nawaz Sharif within four weeks” when this court had granted him leave to travel abroad for treatment. After the passage of more than a year, he has neither returned nor provided any proof of the treatment that he is undergoing for his illness. Instead of holding him to account for not fulfilling his undertaking, Shahbaz Sharif is rewarded for lying to the court with the added incentive of permission to travel abroad.

Shahbaz Sharif comes with an illustrious family background. His son, Salman Shahbaz, is an absconder as is his son-in-law and other people who are connected with grievous crimes. His other son, Hamza Shahbaz, is out on bail with dozens of cases of money-laundering through fake accounts pending against him. His brother, on whose behalf he had given the undertaking, has since been declared an absconder as have also two of his sons, Hasan and Hussain. His niece, Maryam, is a convict who is out on bail on a false pretext.

It appeared that the court was in a great rush to grant him bail to join the tribe of convicts and absconders so that they could all enjoy the loot they have scavenged from the state exchequer to put into their foreign accounts, properties and businesses. What was the rationale before the court for granting him permission to leave the country? The decision casts serious aspersions on the legitimacy of the superior courts. It is but certain that the Sharifs can make the LHC do whatever they may wish. In so doing, the court seems completely oblivious to the charge of whether their acts fall within the domain of the law, or are in breach of it.

It is a reality that the government cannot function if its operational domain is constantly encroached upon by the judiciary and decisions which cannot be defended in courts of law are imposed upon it for implementation. I understand that the government is determined to resist this decision at all forums which are legally available, yet dabbling in matters which should be left strictly to the executive is a horrible waste. Notwithstanding the fact that the bail granted to Shahbaz Sharif is highly questionable, if he is allowed to leave in compliance with the court decision, it would be propagated as having taken place with the connivance of the government just as it had happened when the elder brother was allowed to leave on the basis of what were later discovered to be fake medical reports.

The Sharifs constitute a family of convicts, criminals and proclaimed offenders. They need no mercy. They must be forced to cough up the entire illegal bounty they have stolen from the state. They are certainly not the ones the courts should be showing sympathy to in flagrant violation of the tenets of justice. In particular, the LHC must review its decision to grant him leave for treatment abroad as he is most likely to follow in the not-so-illustrious footsteps of his elder brother, the convict-absconder Nawaz Sharif.

The larger domain of judicial reckoning does not present a healthy picture either. The recent injunction by the 10-member SC bench in the matter of Justice Isa has taken further gloss off the face of an institution which is reckoned as one of the three pillars on which the edifice of the state stands. Holding a judge to account now seems an improbable prospect. It is as if the judges would henceforth be deemed to be beyond the pale of the law.

In fact, they would be the law unto themselves, dispensing their respective brand to the likes of the Sharifs and the Bhutto-Zardaris on the one hand, whose coffers are stuffed with the illicit loot, while the brand they dispense to the poor and the marginalised is a draconian version which sees no good in the ones who come with their palms stretched in supplication.

Where does Pakistan stand in the midst of this uneven, unjust dispensation where the rich and the mighty can purchase the very vehicles of justice and the poor languish in the dark dungeons for a lifetime with no one to hear their screams? An aptly illustrative description can be found in what Horatio, friend of Hamlet, has to say:

“And let me speak to th’ yet unknowing world

How these things came about. So shall you hear

Of carnal, bloody, and unnatural acts;

Of deaths put on by cunning and forc’d cause”.