There are many lessons for this pandemic in past ones 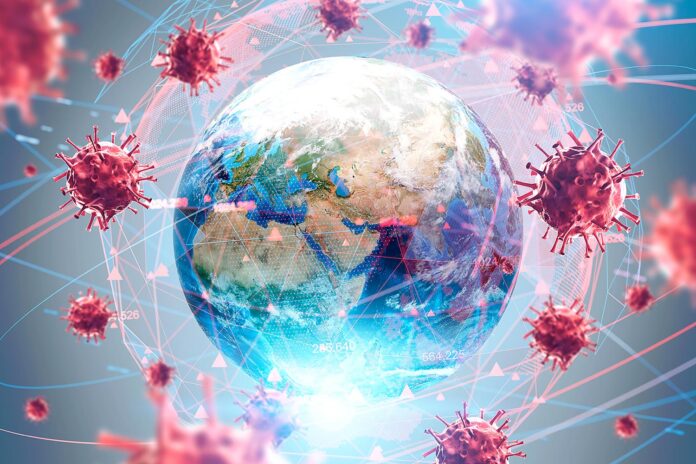 Study the past if you would define the future

Plagues and pandemics are nothing new. They have occurred with disastrous regularity over millennia and in many cases changed the course of history. As when the earliest recorded pandemic that occurred in 430 BC in Athens, it was a major cause of the defeat of Athens by the Spartans. And then again there is the Justinian Plague about nine hundred years later, that scuppered Justinian’s plans to reunite the Roman Empire, and is also said to have created conditions that led to the spread of Christianity. And then again the pandemic in 1350, the second outbreak of the bubonic plague that spread all over the world and contributed to the collapse of the British feudal system, among other things.

There have been many pandemics subsequently. The Spanish flu in 1918. Families of those who died as a result of that pandemic are still alive today. The Asian ‘flu of 1957, HIV/AIDS in 1981, SARS in 2003 and now covid-19.

Planning ahead does not appear to be a strong point in our society. And of course there is the squirreling away. Whether the lack of planning is because it is somehow not inculcated in us, or because the wrong persons are in place where decisions are made, well, what would you say to a bit of both? A great pity in either case

So why do pandemics appear to come as a surprise and catch the world on the backfoot every time, particularly now when communications are so much better and history is no longer a closed book. It was Desmond Tutu who said that, “We learn from history that we do not learn from history.” He was not wrong.

Since we are able to travel so easily now, and we do, pandemics should be something very much to be anticipated. Even so far back as when the Spanish arrived in the Caribbean they took smallpox, measles and the bubonic plague with them. As many as 90 percent of indigenous people died in North and South America as a result. The first cholera epidemic that started in 1817 started in Russia. It then spread via British soldiers to India and then on to Spain, Africa and virtually all around the world.

If instead of reading history as events dead and gone, something to be found in the pages of fusty old books alone, we read it as something to learn from, we would pick up several pointers for many things, but for the purposes of this column, it would help in dealing with pandemics when they occur, as they have a fatiguing habit of doing.

There are factors that facilitate the spread of disease. Travel, as we have seen, is one. Hygiene is another major one as Florence Nightingale discovered. Lack of hygiene is seen in poor living conditions, caused by poverty or simply by unclean habits. And then there is unclean drinking water for which the main responsibility lies with governments as well as with societies today that destroy the environment by dumping pollutants into water sources.

Lack of fresh air is another factor. One of the things that sets this pandemic apart from previous ones is the fact that so many people are able to work from home, thanks to greater connectivity, the internet and telephones.  It is increasingly possible now to work from home, conduct meetings, and communicate not just by means of sound but also visually  . This staying home often contributes to a lack of exercise, insufficient exposure to sunlight and lower counts of Vitamin D. It is said, although it’s unclear if it’s a certainty, that Vitamin D helps combat viral infections.

When the flu epidemic of 1918 reached the US hospitals were full to overflowing, as they are now in Pakistan and in many other countries. Emergency tents were set up outdoors in sites that were properly drained, and provided with bathrooms, running water and sewage.

There was maximum sunlight and fresh air in these outdoor hospitals. When the weather was good patients were taken right outside the tent. Everyone in contact with these patients was required to wear a fact mask made of five layers, covering the mouth and nose.  These masks were frequently washed. Medical staff was also required to wear gloves, and gowns and wash their hands frequently. Nobody was allowed to share dishes, and patients’ dishes were sterilized after use. Rates of recovery were higher in these outdoor hospitals, and there were fewer cases of depression.

Does all of this sound familiar or not? Why then does it come as a surprise.

If hospitals are full now, why not put up tents with fans and move patients there? Why do hospitals not come with such open spaces that can be used even under normal conditions, and definitely in case of pandemics? This should be a mandatory factor in hospital design, the provision of clean outdoor spaces, isolatable rooms, well ventilated buildings, and a strict adherence to hygiene.

This pandemic has been around for a while, unfortunately. It was first reported in China on the 31 December 2019, and reported for the first time in Pakistan on the 26 February 2020. While that period is generally and ideally not much to come up with a new vaccine, clinical trials and all, even that has been done, admittedly with fewer studies than one would like.

ut that is ample time for us to have stocked up on things such as oxygen, cylinders, and other equipment. We are close to running out of those, and India is already out, may God have mercy on their people. And ours. And sufferers all over the world. There is no reason to run out of these things because all it needs is planning and little else to make enough. We are not as short of funds as we are told. It is where those funds are used that needs monitoring, as does the quality of those cylinders, oxygen being exceedingly flammable.

Planning ahead does not appear to be a strong point in our society. And of course there is the squirreling away. Whether the lack of planning is because it is somehow not inculcated in us, or because the wrong persons are in place where decisions are made, well, what would you say to a bit of both? A great pity in either case.