It must be countered 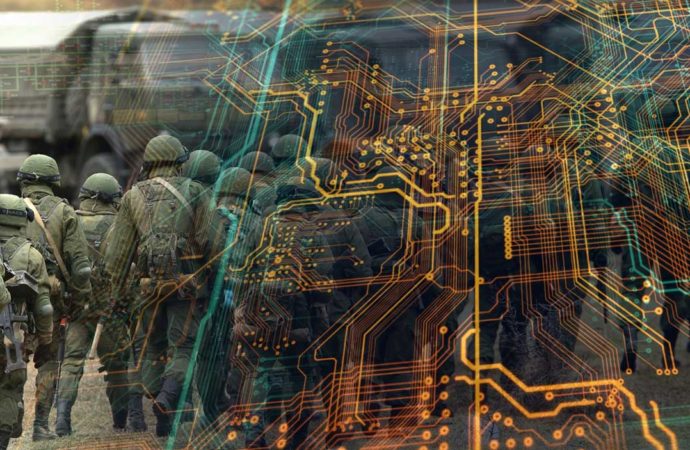 Change is a permanent feature of world politics. Similarly, warfare is also transformed with the advancement in technology and socio-political dynamics. According to Clausewitz, “Every age has its type of war and it adapts itself to the prevailing environment”. Though the revolution in military affairs has made a total or full-scale conventional war less relevant between states as an instrument to settle down disputes, the military remains a useful tool to deter the enemy.

The advent of nuclear weapons has tilted the cost of conventional war. The evolution of Hybrid warfare compelled nations to achieve their objectives while remaining under the nuclear threshold. India, using non-traditional means, is  trying to achieve this. This concept entered the strategic lexicon in the 21st century, including both kinetic and non-kinetic means to jeopardize the enemy’s ability to fight.

“Hybrid is defined as an externally evoked war, and is fueled by external actors to exploit socio-economic, geographic, ethnic, cultural, and religious fault lines”. It is war without any direct violence.

Our leadership must address this grey area and our political parties must be assigned to educate. Pakistanis must have a world view and can act as good ambassadors. A social media campaign should be launched to present a soft image of Pakistan, and should be defended through democratic institutions and inclusive patriotism, also educate and aware citizens about hybrid warfare, then there are fewer chances of success of the Indian agenda

The concept of hybrid warfare existed in history. Suntzu said; “To fight and conquer is not supreme excellence; supreme excellence consists in breaking the enemy’s will without fighting”. Another military strategist, Kauilya, wrote Arthashastra. His postulates are still relevant to hybrid warfare; diplomacy, information warfare, subversion, sabotage, and covert operations. Arthashastra suggested the techniques of concealed warfare, in which the use of irregular forces, ambushes, treachery in the enemy’s camp, were prominent factors; another was silent warfare, which includes the use of allies, vassals, tribal chiefs and, suborned friends of the enemy. Therefore, the purpose of hybrid warfare is not to achieve immediate victory but to hit the soft targets of the adversary, isolate it, and demoralize it before actual war.

India waged hybrid warfare in Pakistan, based on Ajit Doval’s Doctrine. This indicates engaging the enemy on three fronts; defensive, defensive-offensive, and offensive. Defensive-offensive means going into Pakistan and intercepting the problem where it originates. Doval once said: “You can do one Mumbai, you may lose Balochistan.” This indicates that Indian intelligence agencies are involved in destabilizing Pakistan.

Furthermore, there are several fronts Indian is waging hybrid warfare against Pakistan, containing proxy wars in which India is using irregular forces because India cannot afford the risk of all-out war, and fueling several proxy forces playing a decisive role inside and affecting the overall security matrix of the country. Since its inception in 1947, Indian is continuously triggering the fault lines of Pakistan. Indian is trying to propagate the false narrative that Partition as a big mistake, creating an inferiority complex among Muslims and trying to promote the fascists ideology of Hindutva.

Besides this, numerous groups are exerting pressure to achieve their objectives by blackmailing, sabotage, promoting insurgency, and being actively supported by Indians. These include BLA and BRA, which are responsible for the attack on the Chinese Consulate and the hijacking of PIA Flight 544 in 1998 and many more terrorist activities in Pakistan. Other separatists contain hostile groups undermining the territorial integrity. Indian support of Mukti Bahini was a hybrid tactic. Consequently, PTM is also working on the agenda fuelled by neighbours, that aims to undermine social instability and harm the international image.

Another important factor is information warfare, which changed after the emergence of the World Wide Web, the dark net and social media, and complicates the 21st-century battleground because we are living in the era where data has been weaponized and become more dangerous than a bullet; media is used to spread hopelessness and uncertainty. Recently European news agencies revealed how India influences the public perception of Pakistan. For this, India is using 256 fake websites for propaganda against Pakistan. In September 2017, an analyst, Agha Iqrar, said, “India spent Rs 7 billion to run an anti-Pakistani campaign in Geneva.” Likewise, during the Asia Bibi episode the interior minister claimed that “India tried to exploit the religious crisis because the enemy’s religion is always a soft target”. Sheryar Afridi said that “Around 160 tweets per minute were generated from India to incite people”.

Political warfare is one more type of hybrid warfare whose purpose is to weaken the country’s political unit. The main features included lobbying, containment, and global isolation. In this case, Indian lobbying in Washington is believed to have been a contributing factor for the denial of six Oliver Hazard Perry frigates which are due for release to the Pakistan Navy. Indian lobbying was used to undermine Pakistan’s self-defense capabilities, with a devastating effect on its national security.

To globally isolate the state, strong lobbying is required to exploit its weak diplomacy to degrade and denounce its positive efforts. Also, India is working on the policy of containment to prevent Pakistan from global trade, relations, technological development, and military cooperation. The 1990 embargo imposed under the Pressler Amendment gave India an advantage over Pakistan, due to which India has a greater say in geopolitics.

Lastly, India uses its influence on international financial organizations to create conditions for the provision of the maximum amount of loans to further weaken the economy of Pakistan. Economic warfare is used against the country to stagnate and weaken its economy.

India’s chief purpose of India is to weaken its economy to the point where it can’t be even a regional power. Moreover, pressing Pakistan on the FATF issue is propaganda to malign Pakistan at international forums. Indian best efforts to declare Pakistan a terrorist state is another form of hybrid warfare.

India’s main objective is to make Pakistan economically and politically unstable through the use of hybrid tactics and propaganda which hurts the country’s national security. Pakistan needed a credible strategy to counter Indian hybrid propaganda. According to Yuval Noah Hariri, “In a world deluged in irrelevant information, clarity of mind is power.” Keeping this in view, Pakistan needed to formulate a strong counter-narrative to make its position clear on domestic and international forums, but unfortunately Pakistan always acts apologetically, which strengthens the Indian propaganda.

Our leadership must address this grey area and our political parties must be assigned to educate. Pakistanis must have a world view and can act as good ambassadors. A social media campaign should be launched to present a soft image of Pakistan, and should be defended through democratic institutions and inclusive patriotism, also educate and aware citizens about hybrid warfare, then there are fewer chances of success of the Indian agenda.

The writer is freelance columnist