Teaching to be understood

Why understanding is crucial 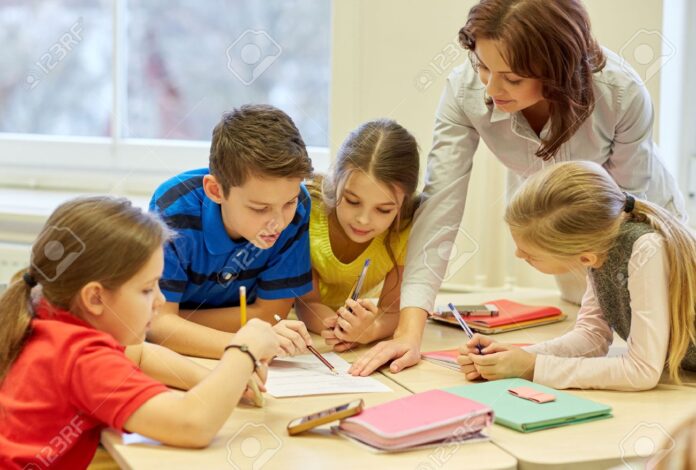 Thrown into stark relief against a dark background of viruses is the fact that much of the world, and certainly most of Pakistan does not understand – not just about the corona virus but about viruses, microbes and bacteria in general. This is what exacerbates the problem we’re living through now.

“It’s all western propaganda. Just something to keep us buying their vaccines,” says one Pakistani, an ‘educated’ one in fact, showing that the attitude is not restricted to the illiterate.

“If Allah wants us to die, we’ll die,” says another. “Do whatever you will.”

“There’s no such thing as a virus,” says yet another. “I’ve never seen one, have you?”

No I have not, but that does not mean they aren’t there. In any case they can now be seen.

Once upon a time diseases were explained away with supernatural explanations. Djinns were responsible, and of course curses. This belief still thrives, in fact it is very common, but at least ever since the microscope came into existence we can see the microbes and bacteria that cause many diseases. This has made it possible to accept the existence of viruses which are organisms that are not alive– they are more like androids than living organisms, but they can replicate and spread. Viruses are too small even for microscopes. It was not until Ernst Ruska, a German physicist who won a Nobel prize in 1986 for his work on electron optics, designed an electronic microscope that we saw them.

And yet, as said above, the disbelief and the attribution to the supernatural persists, and its extent defeats all attempts to do what must be done to combat the spread of viruses, for example in the current pandemic.

The only way to get around the problem is not simply to educate but to educate in a manner that speaks to ignorant minds. And please note, calling someone ignorant is not meant to be a taunt here, it is the description of a mind that does not know, and does not encompass and accept new ideas, mostly because it has been taught to rely on the blame game. The reason for the existence of such minds is not that such persons are unable to understand but that they have not been educated to do so, have not been educated well, or not at all. This is the fault of society, our fault. So what does it mean to educate in a way to speaks to ignorant minds?

It means to use language that will be understood with plenty of examples that relate the thing being taught to the environment of the person being taught. It would help if practical demonstrations are given where possible, and if the students are granted the opportunity to participate in discussions regarding the subject.

Teaching is important not just for literacy or mathematics. It is for other kinds of knowledge that are equally crucial. It will help people to understand the environment for instance – why crop burning affects the air we breathe, how pesticides destroy our food, it will help them understand why it is important to boil water and enforce hygiene. It will make it easier for them to work on the land if they understand some basic physics, to use machines if they understand electronics, to make a living if they believe in the importance of knowledge.

An example is the teaching style of an Indian teacher called Faizal Khan, popularly known as Khan Sir, whose videos have gone viral online. The video I saw can be seen on YouTube, and you can watch it here: https://tinyurl.com/bk3f9bzc In this Mr. Khan talks about what a RT-PCR Test is, what the CT value in an RT-PCR test means, how the pulse oximeter works, and how to recover from corona – and he manages to make it very easy to understand.

Mr. Khan calls the coronavirus “susra corona”, a mocking colloquialism that brings the mighty corona down off its scary perch. It relaxes the students and enables them to understand what he says. Such as his funny explanation of what DNA is, that ‘if your child resembles your neighbour, you check the child’s DNA.’ I learnt, thanks to his video that viruses unlike humans are made of RNA which is composed of a single strand, rather than DNA which – as many of us know is composed of two intertwined strands.

Mr. Khans ‘desi way’ of teaching science has attracted almost two million subscribers online. This is what we need here, to move from the current aim of passing exams and scoring for the school to understanding the subject at hand and learning to research, rationalize and derive. It means we need a sharp shift in focus, as huge as when the Prophet Muhammad (pbuh) switched from facing the Baitul Maqdas in Jersusalem to face the Kaaba in Mecca while saying his prayers.

Teaching by such means is important not just for literacy or mathematics. It is for other kinds of knowledge that are equally crucial. It will help people to understand the environment for instance – why crop burning affects the air we breathe, how pesticides destroy our food, it will help them understand why it is important to boil water and enforce hygiene. It will make it easier for them to work on the land if they understand some basic physics, to use machines if they understand electronics, to make a living if they believe in the importance of knowledge.

Such education will also help in the understanding of religion if people learn to apply its injunctions to life rather than leaving them within the pages of the Quran.

Pakistan’s massive population has to be given something else to do besides riot, reproduce and die. It is a resource that must be harnessed if not for itself then for the survival of the country and its people.