Pomp and pelf should not dictate the conduct of justice 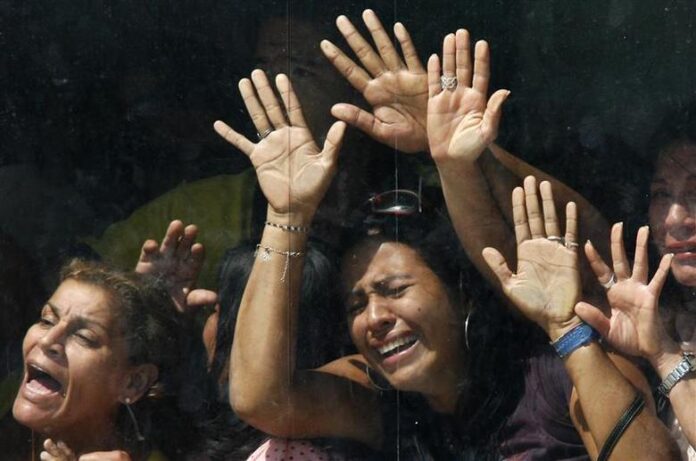 The history of humanity inevitably boils down to a history of justice and its dispensation. There have been countless stories of administering this key component of governance under trying circumstances which have inspired faith in humanity, but there have also been instances of its miscarriage which have served the cause of the devil. Pakistan and its justice system are no exception to this reality. In fact, it may not be inappropriate to say that most of the ills in this country emanate from a failure to uphold this banner.

It is not always a case of absence of justice per se from our midst that breeds discontent. The societal disparities also make a certain class more eligible to receive favourable treatment as compared to another, thus tearing apart the fabric that binds people together. Resultantly, in every society, there is a surfeit of justice for some while, for others, generations are consumed waiting for even a semblance of it.

The fact that Nawaz Sharif secured bail on the basis of a fake medical certificate, or Shahbaz Sharif and Hamza Shahbaz were granted bails in cases where irrefutable evidence had already been placed before the court proving their culpability, or convict Maryam Nawaz, out on bail to look after her (then) ailing father, roaming the country without a fear of being arrested, or the scions of the Zardari clan and accomplices given reprieve one after the other discounting mountains of evidence available with the courts of their criminal involvement, don’t inspire confidence in either the justice system that prevails in the country, or its selective applicability.

Recently, when Maryam was summoned to answer some questions by the NAB, she appeared accompanied by an unruly mob which pelted stones at the Bureau’s office, hurling invectives and threats of wreaking vengeance. Instead of the writ of the state intervening to restore order and ensuring that the hearing would proceed unimpeded, it was cancelled which  transmitted a message that even the state and its institutions were helpless before hooliganism of a few ruffians. When she was called a second time in the more recent past, the script was replayed and the hearing was cancelled yet again. The multiple instances involving members of these beneficiary families having escaped the country and the state’s inability to get them back to be held accountable create serious doubts about the dispensation and its international relevance, stature and effectiveness.

The moment someone from the beneficiary segments of society is arrested for an alleged crime or misdemeanour, all hell breaks loose on the plea that they are the victims of political vendetta. They go to all lengths to advertise this to influence the courts and win sympathy from those who dispense justice as well as the ordinary people. Instead of being presented in courts in handcuffs, the alleged criminals are transported in bullet-proof vehicles escorted by rented crowds chanting slogans regarding the innocence of their leaders, even threatening the courts and the state with dire consequences if they were held accountable. Instead of dealing with these naked threats with its full writ and might, the state capitulates promptly and allows them space to run wild and dictate their narrative to the institutions. Why and where do the fault lines lie and how, if at all, can these be corrected, are some of the questions that haunt the mind as the oppressed multitudes wait for a day when they would also be administered justice on a par with those who have had an excess of it through decades.

Not only has it not happened so far, there are scant chances that it may happen sometime in the future. As a matter of fact, with the race for piling up illicit resources by the beneficiary few continuing unabated, the chances that they would ever be held accountable for their myriad crimes are fading into an unreal realm. It is no longer a case of justice not being administered equitably to some segments of the society. The blatant and flamboyant manner in which this is being done is completely demoralising. It further depletes one’s faith in the judicial process as well as its administrators sitting in the courts.

The manner in which proceedings are conducted foretells which way the winds would blow. In the end, whichever way a verdict may appear to tilt, it seldom appears to espouse the dictates of justice and ensure that the same are ingrained into judgements. If, by any chance, these are questioned through pleas and petitions, inordinate delays dictate the fixing of their hearing. By and large, most of such appeals are consigned to the bins.

We are enveloped in the amalgam of times. The old system, structured for accruing unfair advantage for the traditional beneficiary elite, is being stretched by the charge for change. But it is fighting back not just through its principal beneficiaries, but their attendant cronies who are placed in and across every institution that matters. Their tentacles are dug in deep. They have stuck their ground, thus thwarting the efforts for turning the tide of time. The most recent bail extended to Shahbaz Sharif proves it beyond a shadow of doubt that the system continues to be manipulated for the benefit of the privileged.

Unfortunately, the history of judiciary in Pakistan is replete with instances which belittle human dignity. But merely castigating such instances may not provide the way out of these cobwebs of miscarriage for the future. The key challenge would be consigning this history to the past and initiating a viable effort for crafting a system that will ensure justice for all irrespective of any discrimination on the basis of position or pelf, faith, caste, colour and creed of individuals. All should be held equal before law not just in words, but in substance. Justice should not only be advocated to be administered. It should also be seen to be happening.

Justice is not for a select few. It is for all who must get it without prejudice. The might of the state should not stand on the side of the rich and the powerful, but ensure its non-partisan and legitimate conduct for all to breed respect among the people. It is only then that members of the society would be able to rise beyond their worldly positions to promote the state and its institutions. Courts should not be the targets of people’s ire. They should deserve their respect which will come only when justice is administered equally for the beneficiary elite and the impoverished communities alike. It is then that the system as well as its administrators will inspire the trust and respect of the people across divides.

But we have a long way ahead to get to a stage where there will be no miscarriage of justice by using it to serve the cause of the beneficiary clans and the coterie of their accomplices. The poor and the needy people who are not endowed with the bounty to serve a few pockets or satiate a few egos deserve it as a matter of their right and they should not be denied. Justice should come naturally by the strength and legitimacy of the case, and not by the standing and stature of individuals.

We are enveloped in the amalgam of times. The old system, structured for accruing unfair advantage for the traditional beneficiary elite, is being stretched by the charge for change. But it is fighting back not just through its principal beneficiaries, but their attendant cronies who are placed in and across every institution that matters. Their tentacles are dug in deep. They have stuck their ground, thus thwarting the efforts for turning the tide of time. The most recent bail extended to Shahbaz Sharif proves it beyond a shadow of doubt that the system continues to be manipulated for the benefit of the privileged.

The state is being held hostage by the people who have been its major beneficiaries. Instead of change filtering in, the old and the decrepit system is perpetuating itself. It all needs a serious rethink – urgently.