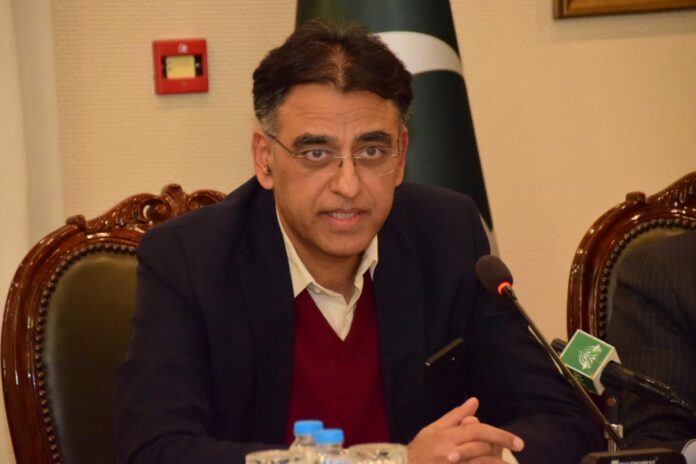 ISLAMABAD: The National Command and Operation Centre (NCOC) on Wednesday suggested more restrictions to control the worsening Covid-19 situation in the country.

“We will have to increase the restrictions. If we do not contain the rapid spread of the pandemic, we will have no option but to impose a complete lockdown in the big cities,” Minister for Planning, Development and Special Initiatives Asad Umar said after chairing a meeting of NCOC.

He said that they would present their recommendations to the National Coordination Committee on Friday, which would make the final decision.

The minister warned that it was the last chance that the people should take the pandemic serious as they did in the first wave last year, otherwise they would have to suffer from strict restrictions.

He regretted that neither the people nor the administration was showing their responsibility to ensure full compliance with the precautions and anti-Covid standard operating procedures (SOPs) issued by the government.

He requested the provincial chief ministers to show leadership in this regard.

“All possible assistance [from the federal government] is at their disposal, but they have to show leadership on the ground as the people will follow their message,” he added.

Asad again warned that the country was only a few days away from the complete lockdown so the people must follow the SOPs to stem the surge of Covid-19.

The number of active coronavirus patients, he said, had now risen to over 83,000 from merely a few thousand a few weeks ago.

The positivity ratio in Sindh, however, was low, but it was also increasing gradually as it was recorded at 13 per cent in Karachi and 14 per cent in Hyderabad, he added.

The minister said that the number of coronavirus patients being admitted to hospitals had also increased to over 600 per day from 100 to 150 earlier.

He said that in June last year when the pandemic was on peak in the first wave, the maximum number of patients on oxygen was around 3,400, which had now increased to 4,500.

Asad said that the current week would be the worst in term of the number of deaths as the highest ever number of Covid-19 patients were losing their lives to the disease.

A week earlier, not more than 26 patients were dying of Covid-19, but their number crossed 137 per day, he added.

The minister said that the number of oxygen beds in hospitals was being increased and the situation at the moment was under control, however, it might go out of control if the Covid-19 cases kept on rising.

He said that the country had limited oxygen production capacity. The supply of oxygen had almost reached 90 per cent of the total capacity, he added.

In regard to the region, the minister said that in Iran, the daily number of cases had increased to 25,000 and 395 deaths per day. Similarly in India, about 14,000 new cases and 90 deaths per day were being reported earlier, but yesterday the number increased to over 275000 cases and 1,761 deaths, he added.

“The whole region was in the grip of a very dangerous Covid wave,” the minister said, adding a new variant of the coronavirus was spreading rapidly in India and that was why Pakistan had decided to ban travel to and from the neighbouring country.

KARACHI: Attired in a local traditional loose shirt and baggy trousers, around a dozen students are sitting on a gunny woven jute mat in a...
Read more
Top Headlines

TEHRAN: Congratulations poured in for ultraconservative Ebrahim Raisi on Saturday on winning Iran's presidential election as his rivals conceded even before official results were announced. The...
Read more
- Advertisment -