Shahzawar Bugti’s wife accuses him of domestic violence and blasphemy 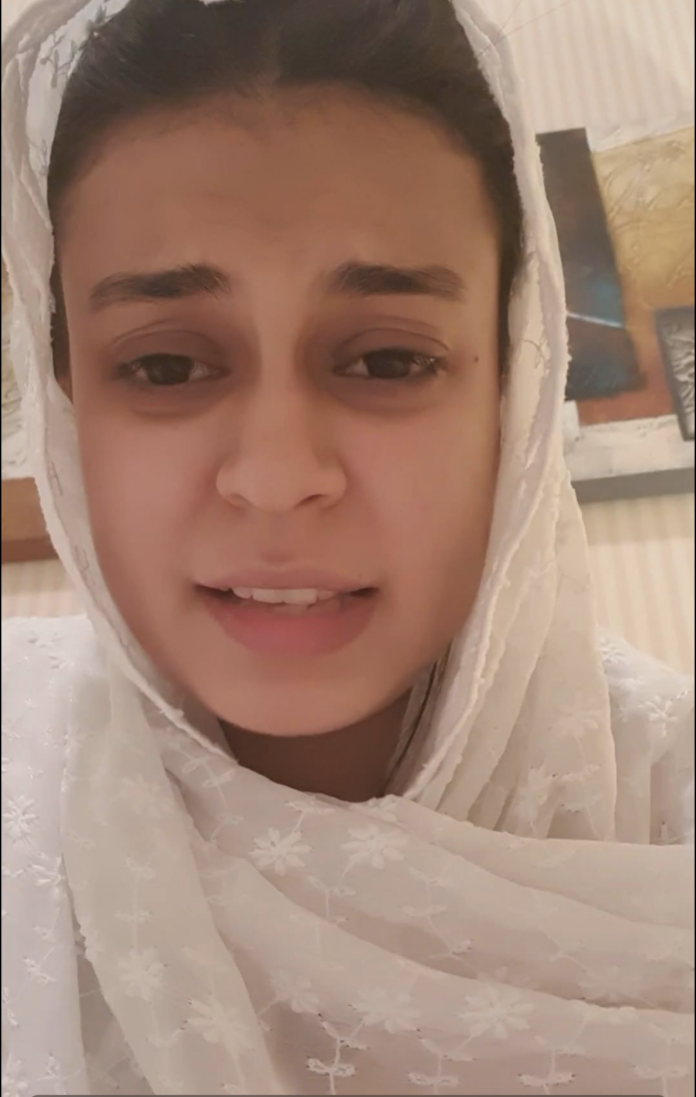 LAHORE: Shahzawar Bugti, the grandson of Nawab Akbar Bugti, has been accused by a woman who claims to be his wife that Bugti has subjected her to domestic violence and torture, as well as alleging that he committed blasphemy.

A woman named Wishah Abubakr released a video on a social networking site, Instagram, claiming that she has a two-year-old daughter and is the wife of Shahzawar Bugti.

“I am the wife of Shehzwar Bugti, the youngest grandson of Nawab Akbar Bugti. My education is not complete and I went underground some time ago to save my life,” she said.

The woman alleged that her husband was a cheap man and that the reason she was underground was because of him. He had supposedly hired a man to stalk her some time ago, further claiming that this mysterious man would try to kill her if she was found out.

“I was forced to separate from my daughter, to hide because my husband knew I wanted to leave him. My husband is not a human being but a vile animal and his mother are also involved in his every ugly act,” she cried in the video.

“They ruin girls’ lives. I wanted to separate because of my husband’s many misdeeds as my daughter is very young and this man was insulting our last [Holy] Prophet (Peace Be Upon Him) and other Prophets (Peace Be Upon Them),” she said. “I endured his cheating and beating,” she added.

“This guy even used to give me drugs and treat me like a beast. I endured all this because if I divorced him, where would I go? Eventually, I was forced to separate from the man because he was blaspheming in front of my two-year-old daughter.

“This person has been beating me while praying and reciting the Holy Qur’an and I have proof of all these things,” she alleged.

“My husband is an enemy of Muslims and he abuses Islam. He kept forcing me not to preach Islam to my daughter. My husband kept torturing me during my pregnancy and said that I would kill this girl. Now that I have parted ways with him, he has started blackmailing me,” she continued.

“This person made private videos [of me] and sent them to all my relatives. He leaked all these videos from his number because he has no fear of the law. He knew that after all this I would either commit suicide or hand over my daughter to him but a mother would never hand over her daughter to a beast,” she maintained.

“He also tortures his aunt, his mother, he has beaten me and broken my nose,” she said.

The woman appealed to Prime Minister Imran Khan and any relevant department to provide her protection and give her a chance to come forward.

Speaking to Pakistan Today, Wishah said that she had a love marriage with Bugti and it lasted for seven years.

“Right now I am hiding myself. The target killer himself told me that Bugti wants to kill me,” she said.

When contacted by Pakistan Today, Hassan Niazi, the lawyer for Wishah Abubakr, said that Wishah was a resident of Karachi and her father was an employee of PTCL.

Niazi further informed that Bugti and Wishah were married in 2012 via Skype, of which there is evidence and productions will be made if required.

“The marriage of Bugti and Wishah was officially registered in 2015 while a baby girl was born to the couple in 2018. Meanwhile, he [Bugti] kept posting inappropriate posts about the Companions of Holy Prophet (PBUH) on Facebook and then gradually he became an atheist and started insulting Islam, religion and God,” the lawyer said.

“He used to stop and beat his wife from praying and gradually the problem escalated. In the meantime, Wishah left him and Bugti found out that Wishah was now planning to leave Pakistan with her daughter. Bugti decided to assassinate Wishah and for this, he hired a target killer,” he said, adding that they had evidence to back up their claims.

“The target killer, a longtime employee of the Bugti family, knew that Shahzawar was a bit cracked, neglected and psychopathic, so he did not take Bugti’s task seriously and told the girl himself that Bugti wanted to kill her and she should be careful,” Niazi claimed.

“Later, after trying all the tricks, Bugti started pressuring Wishah to come back and when Wishah did not come, Bugti started leaking pictures and videos of her and spread them among all her relatives,” the lawyer explained.

“We want the girl to come forward to fight her case and be given protection so that she is not murdered. I have also been approached by some other girls regarding the black deeds of Shahzawar Bugti. However, if their words are true, their case will be fought,” Niazi added.

Pakistan Today also tried to contact the Bugti family but could not be reached.

It is pertinent to mention here that Hassan Niazi was also active in the alleged incident of torture against actress Uzma Khan by Malik Riaz’s daughter and Niazi was advocating for Uzma Khan.

FM calls for renewed focus on geo-economics by Asian countries

ISLAMABAD: Foreign Minister Shah Mahmood Qureshi on Saturday called for a renewed focus on geo-economics by the Asian countries and stressed upon the need for...
Read more
NATIONAL

KARACHI: Attired in a local traditional loose shirt and baggy trousers, around a dozen students are sitting on a gunny woven jute mat in a...
Read more
- Advertisment -

June 19, 2021
Special Assistant to Prime Minister on Health Dr Faisal Sultan said Saturday that the ongoing shortage of Covid-19 vaccination in the country would start...