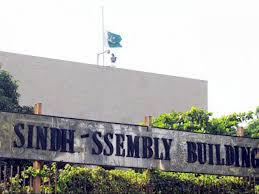 ISLAMABAD: The government’s decision to ban Tehreek-e-Labbaik Pakistan (TLP) has put a sword of disqualification hanging over three members of the Sindh Assembly who have been elected on TLP tickets.
The TLP has three members of Sindh Assembly, Mohamad Qasim, Mohammad Younus Soomro and Sarwat Fatima.
In case, the federal government bans the TLP, the federal government has to file a reference in the Supreme Court (SC) to cancel the party registration of the TLP.
In the light of the apex court orders, the Election Commission of Pakistan (ECP) can de-register a political party. In this case, the members of the concerned Assembly of the TLP may be disqualified by the ECP.
The federal government decided to ban the TLP under the Anti-Terrorism Act after three days of violent protests in different cities of the country and the deaths of law enforcement personnel in them.
Under Section 11-B of the 1997 Act, a ban on any party or person means involvement in terrorist activities.