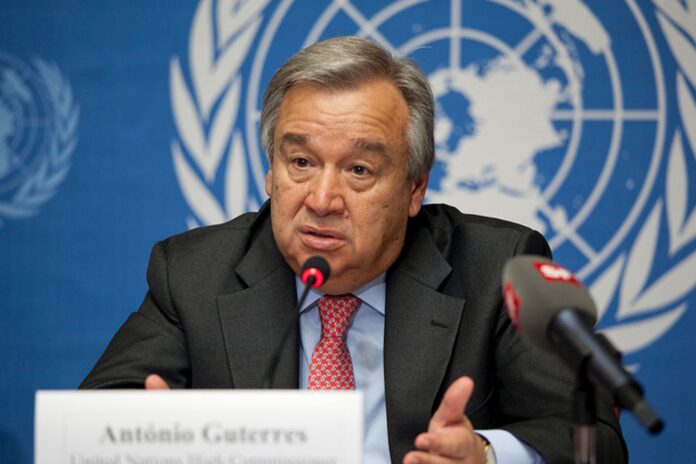 United Nations Secretary-General António Guterres, while addressing the Financing for Development (FfD) Forum, said that a paradigm shift aligning the private sector with the global goals is needed to address the challenges of the future, including those triggered by Covid-19.

He painted a grim picture of the past year during which more than three million have died of the virus. Around 120 million have fallen into extreme poverty and the equivalent of 255 million full-time jobs have been lost. He noted that as the speed of infections is increasing, “the crisis is far from over”.

“An enormous push at the highest political level” is needed, said Guterres, to reverse these dangerous trends, prevent successive waves of infection, avoid a lengthy global recession and get back on track to fulfil the 2030 Agenda for Sustainable Development and the 2015 Paris Agreement on climate change.

Advancing an equitable global response to recover from the pandemic is “putting multilateralism to the test”, the UN chief said, adding, “so far, we have failed”. To illustrate this, he pointed out that just 10 countries globally account for around 75 percent of Covid vaccinations given, noting that some estimates put the global cost of unequal access and vaccine hoarding at more than $9 trillion.

Guterres underscored the need for “unity and solidarity” to save lives and prevent catastrophic debt and dysfunction. To set the course for a sustainable and resilient Covid response and recovery, the UN chief called for urgent action in six areas, beginning with closing the funding gap of the UN-backed vaccine initiative, COVAX.

“To end the pandemic for good, we need equitable access to vaccines for everyone, everywhere”, he said. He also called for development assistance, to go primarily where it is most needed.

The debt crisis needed to be properly addressed, he said, including “debt suspension, relief, and liquidity”.

“But we need to go beyond debt relief”, he continued, urging a strengthened “international debt architecture to end the deadly cycles of debt waves, global debt crises and lost decades”.

Investing in a new social contract, based on solidarity in education, green jobs, social protection, and health systems was the UN chief’s fifth priority action, which he maintained was “the foundation for sustainable and inclusive development”.

“This Forum must provide ambition and momentum, to finance a resilient, inclusive, equitable and sustainable future for all”, the secretary-general concluded.