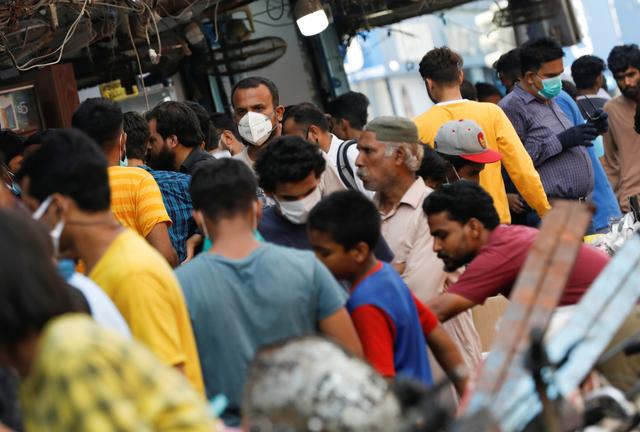 ISLAMABAD: As the government portal reported its biggest daily jump in new coronavirus cases in more than 10 months, Minister for Planning and Development Asad Umar Thursday announced to start vaccinating the general public after Eidul Fitr.

The coronavirus portal keeping track of the outbreak in Pakistan registered 5,329 new cases during the last 24 hours — the highest number of daily infections since June 16 when 5,090 cases were reported.

The authorities tested 49,816 samples on Wednesday to receive back a positivity rate of 10.7 per cent, National Command and Operation Center’s (NCOC) data showed. With the new cases, the number of confirmed cases climbed to 705,517.

In his conversation with reporters, Asad said that the next five to six weeks were “critical” for the third wave of infections.

The nationwide death toll from coronavirus-related complications surged past 15,000 on Wednesday as the third wave overwhelms hospitals. The portal registered 98 new fatalities on Thursday, bringing the toll to 15,124.

The government launched the vaccination for the general public in March, starting with older people. It is currently offering free doses to frontline healthcare workers and people over the age of 50, but the drive has thus far been slow.

The authorities are also grappling with a high degree of vaccination hesitancy among the people, even among health workers.

On Thursday, Asad said that so far 14,000 people had received vaccination through the private sector, while 1.1 million were inoculated as part of the government campaign.

He further said that China was the government’s “primary source” for vaccination, for now, disclosing the CanSino Covid-19 vaccine will also be available in the country after Eid. “We will be able to vaccinate more than 125,000 people a day after Eid.”

In his talk, the minister noted with concern that the number of intensive care unit (ICU) patients in the country was higher than during the first wave. “Strict enforcement of SOPs [standard operating procedures] can bring down the rising rate of infection,” he stressed.

The government is struggling to contain the third wave of Covid-19 with authorities continuing to tighten social distancing and movement restrictions, implementing the ban on all gatherings in hotspots.

Sindh has been the worst hit with 267,612 cases followed by Punjab where 240,584 people have been tested positive, the NCOC said in a statement.

Meanwhile, Punjab Health Minister Dr. Yasmin Rashid said that the province would soon, after cabinet approval, purchase one million doses of the Covid-19 vaccine. “Local preparation of vaccine may take 6 to 10 months’ time,” she was quoted by media as saying.

Asad, who also heads the NCOC, said on Tuesday that increased restrictions, broader lockdowns, and strong enforcement of health guidelines have started to show give dividends.

The rising trend of positivity rate has been flattened, but the number of critical patients and mortality will stay at high levels for some time due to the momentum of the last two weeks, he had said.

Urging the people to strictly follow SOPs to stop the spread of the virus, Prime Minister Imran Khan on Sunday said that the third wave is extremely dangerous in comparison to the previous two waves.

“We have so far been protecting our people. We are not imposing a complete lockdown or closing our factories. We are only imposing minor restrictions so that this wave does not spread rapidly,” he said in a recent telethon. “But if this spreads, it will have a very negative impact and we will be forced to take steps.”