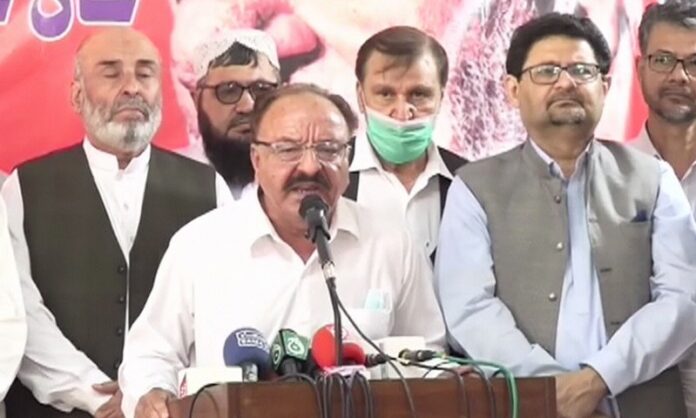 Pakistan Muslim League-Nawaz (PML-N) Miftah Ismail has been given an edge in the upcoming NA-249 by-polls after the Awami National Party (ANP) on Wednesday announced the withdrawal of its candidate.

Haji Aurangzeb Khan Buneri from the ANP was previously slated to contend the by-elections, which will take place on April 29, after talks between the ANP and PML-N, the former decided to withdraw their candidate.

The seat fell vacant after Faisal Vawda of the Pakistan Tehreek-e-Insaf (PTI) gave it up to contest in the Senate elections.

This development comes one day after ANP had announced it would part ways with the Pakistan Democratic Movement (PDM).

ANP leader Amir Haider Hoti on Tuesday afternoon had told a presser in the federal capital that his party had decided to part ways from the PDM in wake of the show cause notice issued to it. However, he had added that the ANP would continue to support the PDM’s manifesto.

Talking to media in Karachi on Wednesday, ANP Sindh General Secretary Younis Buneri said that ANP candidate Khan dropped out of the electoral race in favour of Ismail in accordance with a party decision.

He said that ANP’s members were democratic people, “and we are free to make our own decisions; though we are no more with the PDM our struggle for democracy will continue”.

Buneri also said that he had decided to support Ismail after consulting the Provincial Advisory Council.

Aurangzeb, who withdrew his candidacy in favour of Ismail, said that the party was committed to its decisions and hoped that the PML-N would win the by-election.