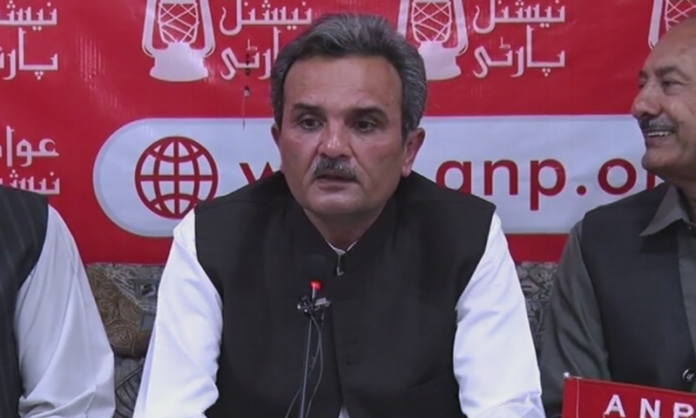 ISLAMABAD: The Awami National Party (ANP) on Tuesday announced to part ways with the opposition alliance of Pakistan Democratic Movement (PDM) while the Pakistan People’s Party (PPP) leadership has also toughened its stance, indicating it may soon say goodbye to the alliance due to “increasing mistrust” and “immature and hasty” decision-making by the alliance leadership.

Sources in the opposition alliance told Pakistan Today that an “increasing gulf and deep-down differences” between the leadership of PPP, Pakistan Muslim League-Nawaz (PML-N) and Jamiat Ulema-e-Islam-Fazal (JUI-F) have led to the tipping point as the ANP decided to jump ship, adding that the PPP is also likely to follow the suit sooner than later.

Sources say that if the gulf between the PPP and JUI-F and PML-N was not enough, the hasty decisions taken by the PDM’s steering committee to send show-cause notices to the PPP and ANP have worked as the straw that broke the camel’s back.

ANP leader Amir Haider Hoti on Tuesday afternoon told a presser in the federal capital that his party has decided to part ways from the PDM in wake of the show cause notice issued to it. However, he added that the ANP will continue to support the PDM’s manifesto.

Outright rejecting the show-cause notice, Hoti argued that even if the notice had to be issued, it should also have been sent to the PML-N for striking set adjustment with ruling Pakistan Tehreek-e-Insaf (PTI) in Punjab Assembly and JUI-F for supporting the PTI in Larkana, Sindh.

“Both the PML-N and JUI-F must explain why they forged alliances with PTI in Punjab and Sindh. The purpose of the show-cause notice to the ANP looks like to cause political harm to the ANP,” Hoti told a press conference after the party meeting.

Responding to a question, Hoti maintained that the PDM had put pressure on the federal government. He said that the long march had to be postponed due to disagreements over the timing of the resignations.

About voting for PPP’s nominee in the Senate election, Hoti said that the PPP had reservations about the PML-N candidate, Azam Nazir Tarar.

“PPP’s concerns should have been removed by the PML-N through consultation but this did not happen. We had to choose one of the two opposition candidates in the Senate. We did not stamp in the dark of night,” he argued.

Hoti said that only party President Asfandyar Wali Khan has the authority to issue a show-cause notice to the ANP.

“JUI-F and PTI have formed an alliance in Larkana, can’t it be explained? We expected Maulana Sahib to take decisions as the head of PDM but we had no idea that he would take steps as leader of the PML-N and JUI-F,” he said.

“We know why the show-cause notice was issued,” he said, arguing that the ANP had already given them the explanation they needed.

Hoti said that with the issuance of a show-cause notice, the ANP had been pushed against the wall.

“The role of the PDM chief was not to attack comrades. Today, we have come to the conclusion that we should part ways from the PDM. Hence, the ANP has decided to resign from all the offices of the PDM,” concluded the ANP leader.

Sources in the PPP have said that the party leadership has decided to strongly respond to the show-cause notice issued to the party by the PDM and a befitting response would be given soon.

Moreover, the party chairman has convened an emergency session of the party’s top decision-making body, the Central Executive Committee (CEC), and the party would consider a similar decision as that taken by ANP.

The source said that the PPP would respond to the show-cause notice in an aggressive rather than reconciliatory manner. Reportedly, PPP Chairman Bilawal Bhutto-Zardari directed senior leaders of the party to give a strong response to the notice.

In this regard, Sherry Rehman, Raja Pervez Ashraf, Farhatullah Babar, Nayyar Bukhari and others would prepare a draft response. The reply to the show-cause notice would be prepared and sent to Asif Ali Zardari and Bilawal for final approval.

It may be recalled that the PDM steering committee led by former premier Shahid Khaqan Abbasi had issued show-cause notices to the PPP and ANP on Monday.

Abbasi had said that the purpose of issuing show-cause notices was to seek answers from the PPP and ANP as to why they violated the PDM decision and why the PPP got the votes from government Senators.

Responding to the allegations of ANP leaders, Haideri denounced the claim that Fazlur Rehman acted with bias against the ANP.

Haideri accused the PPP and ANP of bowing down to the PTI and selling the cause of the PDM. He alleged that the role played by PPP and ANP was “ridiculous”.

He asked the ANP why it did so. He said that the ANP had admitted that their move was due to friendship.

“Friendship has its place, but principles must be given priority,” he said and added that the ANP had made a blatant mistake by accusing Fazl.