More than 1,800 break out of Nigerian prison: BBC 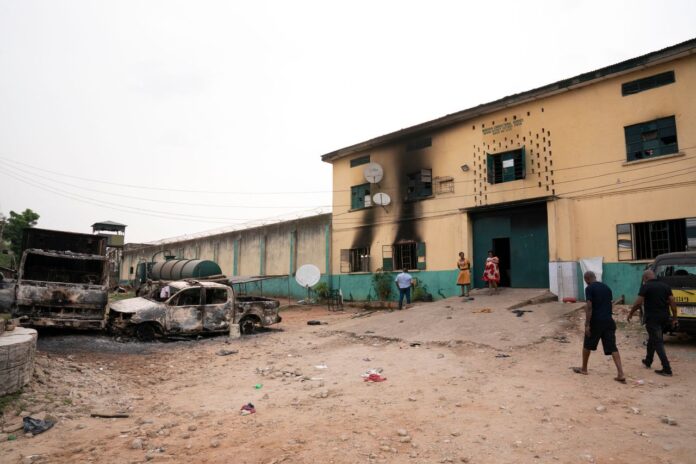 LONDON: More than 1,800 inmates escaped from a Nigeria prison after an attack by gunmen carrying rocket-propelled grenades, machine guns, explosives and rifles, the BBC reported on Tuesday.

The attackers used explosives to blast the administrative block of the prison in the southeastern town of Owerri and enter the prison yard, the BBC said. Owerri is about 400km (260 miles) southeast of Nigeria’s largest city, Lagos.

The Nigerian Correctional Service confirmed to BBC that 1,844 inmates escaped after the attack early on Monday.

Nigerian police blamed the attack on the banned separatist group, the Indigenous People of Biafra, the BBC said.

Agence France Presse has reported that the group has denied involvement.

Several police stations have been attacked in southeastern Nigeria since January, with large amounts of ammunition stolen since January, the BBC said. No groups have claimed responsibility for the attacks, it said.

Biden ready to announce US withdrawal, even as peace eludes Afghanistan

WASHINGTON: President Joe Biden’s planned announcement on Wednesday of a complete US withdrawal from Afghanistan by September 11 aims to close the book on...
Read more
World

BEIJING: China and the United States should step up their communication while managing their differences and respecting each other’s core interests, Chinese Premier Li...
Read more
World

TEHRAN: The latest attack at the Natanz nuclear facilities and sanctions will not give the United States leverage in talks to restore Iran’s nuclear...
Read more
- Advertisment -