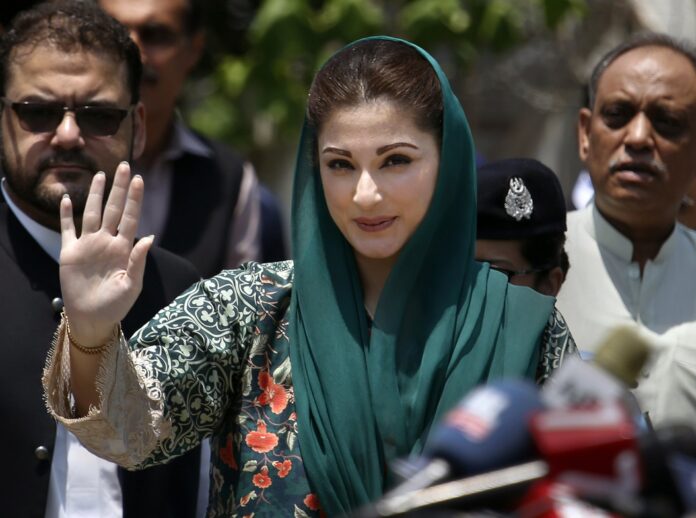 The dirty money watchdog approached the high court in March for the cancellation of her bail in the Chaudhry Sugar Mills (CSM) corruption case.

In November 2019, the high court granted post-arrest bail to Maryam in the said reference but directed her to surrender her passport as the prosecution feared she might flee the country.

In its petition, the agency said since her bail, Maryam had been “continuously attacking state institutions” through her statements on media and social media.

In her response to the request, Maryam submitted her written response, saying: “NAB remained silent for 14 months in the Chaudhry Sugar Mills case. NAB’s cases and arrests are an attempt to suppress the voice.”

“The Supreme Court should dismiss NAB’s request [to cancel bail] and impose a fine [on the body],” Maryam said.

“She remained in NAB’s custody on physical remand for a period of 48 days, she was thoroughly interrogated as to her entire career including all her assets, both moveable and immovable, she furnished whatever information was available and concealed nothing, finally the request by NAB for further extension in her physical remand was turned down by the accountability court,” the statement said.

The delay had been on part of NAB, it added.

The statement further said the “respondent is a law-abiding citizen, she is a known democrat, she is a true believer of the rule of law, accountability across the board and independence of institutions including the respondent bureau; its matter of record that notwithstanding reasonable belief as to use of bureau as an agency for political engineering and victimisation, answering respondent has extended full cooperation, furnished information, submitted written replies and entered an appearance as and when required”.

“Moreover, the contents of preliminary submissions are reiterated herein.”

The request further added that in response to a call-up notice, Maryam appeared before the NAB headquarters on August 11 last year but she was not joined into inquiry despite her presence at the gate.

“Rather, state machinery and a heavy contingent of the police force were used brutally and ruthlessly to intimidate and harass the answering respondent and law-abiding members of her political party who had gathered just to show solidarity and concern for registration of series of politically motivated cases by the Bureau at the instance of the government.

Even deliberate attempts to cause serious and fatal injury to the answering respondent were also made, the unfortunate events taking place on that day were watched live by the whole nation and are now a matter of public knowledge.”

The irony of the matter did not end there and the petitioner bureau managed to lodge an FIR under the cover of which numerous innocent persons were arrested, she said, adding the prosecution story could not sustain even at the stage of tentative assessment and pre-arrest bails were confirmed by the court of competent jurisdiction.

NAB suspects Maryam of involvement in money laundering through investments of variable heavy amounts being the main shareholder of the CSM. It has alleged that she was involved in money laundering with the help of some foreigners during the period of 1992-93 when her father Nawaz Sharif was the prime minister.

The agency informed the court that the PML-N vice president had not been able to give satisfactory answers to its inquiries regarding her shares in the mills. She was also unable to explain how she attained the funds to establish Shamim Sugar Mills, it said.

It further said that Maryam had not filed her tax returns for many years and was suspected of being in possession of assets beyond known means.